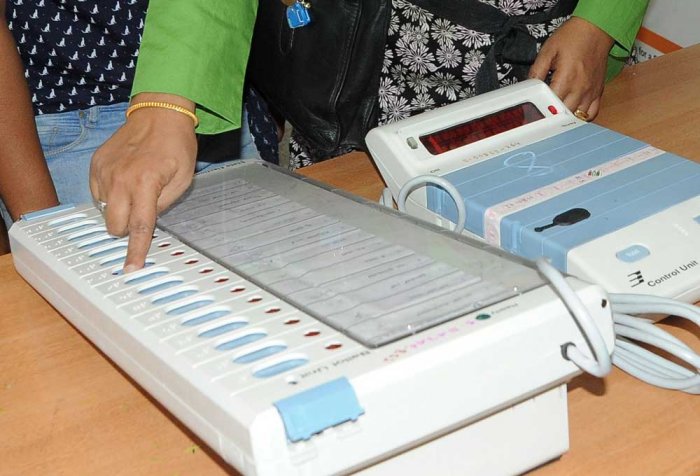 Polling officials in Andhra Pradesh mentioned that they could not hand over the  as they were taking rest and had overslept the other day.

Andhra Pradesh polling officials mention they could not hand over the EVMs because they overslept. Andhra Pradesh’s Krishna district polling officials said that  they cold not hand over the EVMs bacuse of their tiredness. The Penamalaru segment had 303 polling stations.  The polling continued till midnight on April 11. The election official handed over the EVMs to Sri Krishna University at 9 pm on April 12 when the polling had already concluded before April 11 midnight. When an explanation was asked by the election observer Mr. Ganesh Kumar and assembly observer Biond Jhon, as to what caused the polling official to be late, he responded saying he and his team fell asleep and could not be at the polling station on time. The officials at stong room had refused to accept the EVMs when it was delivered by him on the morning of April 12.

Earlier Andhra Pradesh Chief Minister Chandrababu Naidu had questioned the BJP for opposing the checking of 50 per cent of VVPAT machines and also clarified that EVMs should be used with EVMs in order to make sure that the machines work well.