Jharkhand polls for 81 constituencies from November 30 to December 20; counting on 23rd December 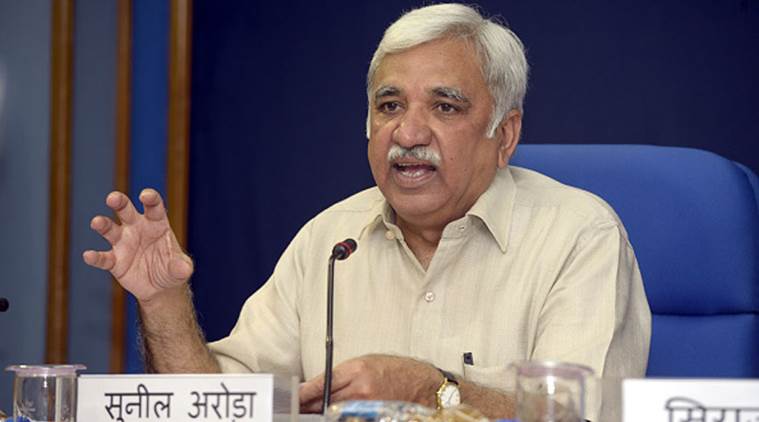 Addressing a press meeting today, Chief Election Commissioner Sunil Arora has announced the poll dates for Jharkhand Legislative assembly. The state will go to polls for 81 assembly seats. Polls will be conducted in five phases.

The term of the exisiting assembly ends on January 5 next year.

Counting of votes will take place on 23rd December. The Model Code of Conduct has come into the force since the moment the Election Commission has announced the dates. According to CEC Sunil Arora, a total of 2.26 crore electors exists in the state which includes 1.18 crore male and 1.08 crore female.

In the first phase, elections will be conducted across 13 Assembly constituencies such as Chatra (SC), Gumla (ST), Latehar (SC), Daltonganj and Garhwa.

In the second phase, elections will be conducted on 20 Assembly constituencies. Prominent regions are Jamshedpur East, Jamshedpur West, Chaibasa (ST), and Khunti (ST).

In the third phase, 17 assembly constituencies go for polls. Kodarma, Hazaribagh, Simaria (SC) and Ranchi are some of the areas that will vote in this phase.

In the fourth phase, 15 constituencies will go for polls which include regions like Jamua (SC), Giridih, Bokaro, Dhanbad, and Jharia.

In the fifth and final phase, polls will be conducted across16 assembly constituencies, Litipara (ST), Dumka (ST), Godda and Mahagama being some of the prominent regions.

Even the 2014 assembly elections were held in five phases just like this time.

Raghubar Das was made the 10th chief minister of Jharkhand on 28 December 2014.