The newly appointed water resources, river development, and Ganga rejuvenation minister Nitin Gadkari in his statement to the et said that the rivers of India will not vanish away and the government will do everything within its reach and control to clean and save the rivers.

Appreciating the works done by his predecessor Uma Bharti, former Water Resource Minister, he said that, she had done a good job and her work will be taken forward. He further added that the government will put in all the resources to save the country’s rivers and also seek participations and support of the people to achieve the aim of cleaning and saving the rivers f India as soon as possible. “We can’t let our rivers die and everything would be done to make them clean,” Nitin said.

Gadkari also highlighting the future schemes said that he will also promote waterway as a popular mode of freight transport in India, this will also add in keeping a check on the ever increasing pollution due to the vehicular transport. He added that promoting the water transport will also be environmental friendly and cheaper to transport goods. He proposed that the government is planning to make 100 rivers navigable. “The cost comes down 80% if you use waterways for transportation. We have the potential in India. I have already approved setting up of minor ports on our rivers. That work would now be fast tracked,” he told.

Narendra Modi during his election campaign in 2014 had said that “It’s my destiny to serve Maa Ganga,” while filing nomination papers for the Varanasi Lok Sabha seat. After his government came to power he had proposed the ‘Namami Gange’ project to clean the river, which was much talked and advertised about. The government had also allocated Rs 20,000 crore for the project but only Rs 1,900 crore of it has been spent so far and nothing much seems to be achieved.

However, the new water resources, river development, and Ganga rejuvenation minister Nitin Gadkari has once again taken up the project and pledged t do everything possible in the reach of the government to save and clean the rivers of India. 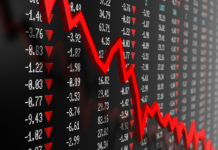