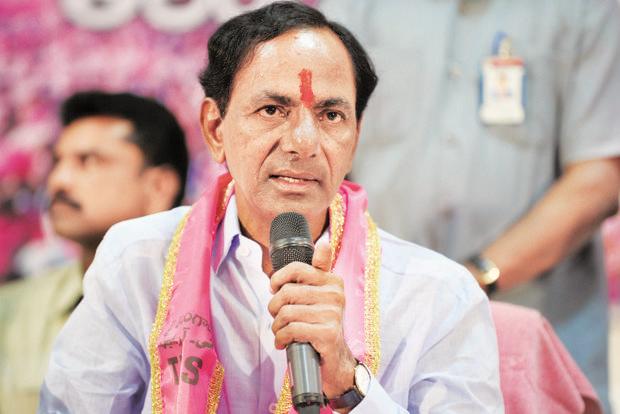 In an interview with Telangana Chief Minister Chandrashekar Rao, NDTV’s Prannoy Roy talks about his preparation for the upcoming elections and also his predictions for the same.

Chandrashekar Rao mentions how both the mainstream political parties ‘have miserably failed’ in delivering their promises to the nation. He mentions how necessity is the mother of invention and the ‘dynasty politics’ of the Congress party for a long time had removed them from power and the government under Narendra Modi rosen to power.  He states that the regional parties are more likely to emerge successful in the coming days.

Chandrashekar Rao also questions the policies of the Modi government and asks what the government has delivered to the nation in these five years.

Earlier in an election meeting Chandrashekar Rao had stated that for him and his party the voice of the Telangana people matters to him the most. “Telangana people are the bosses for TRS,”

Talking about women domination in politics and the parliament, Rao says how there is only a minimal number of women percentage in the parliament and the legislative assemblies and this needs to be changed.

Talking about the NYAY scheme and the promises by Rahul Gandhi in his election campaigns, Chandrashekar Rao had earlier said how slogans such as ‘Garibi Hatao’ was brought about by the Congress but never accomplished.

Even though Andhra Pradesh Chief Minister Chandrababu Naidu put out a scathing attack on Rao for eyeing and trying to ‘indirectly rule’ Andhra Pradesh, he had also stood for the Special Category Status of Andhra Pradesh.