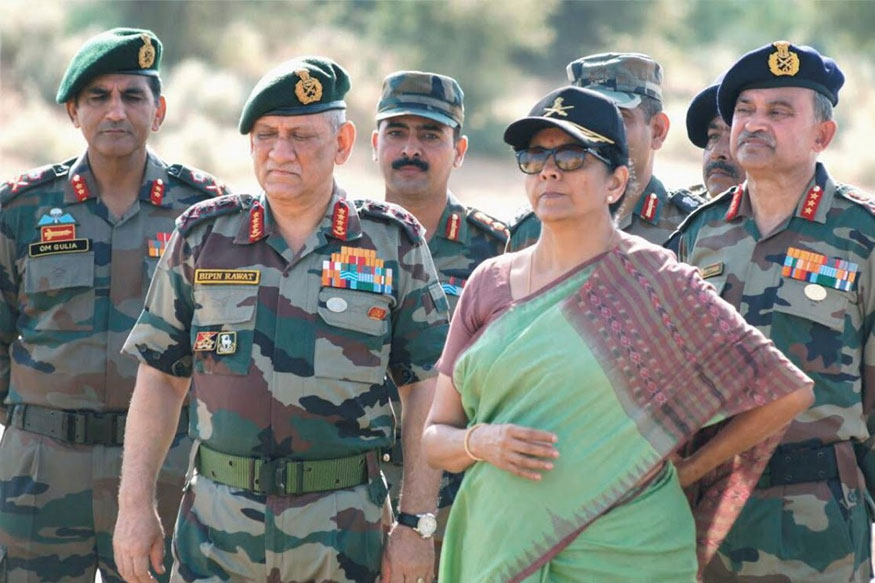 On Thursday, Defence Minister Nirmala Sitharaman gave her nod to the first batch of reforms in the Army, official sources said.

The reforms include relocation of 229 Officers of the Army from its headquarters, creation of a new post of Deputy Chief (Military Operation and Strategic Planning), setting up new branches for vigilance and human rights issues, as said by sources.

The reforms were finalised by top commanders of the Army last year to usher in transformative reforms in the country’s force.

As said, the post of the Dy. Chief of the Army Staff Strategy(DCOAS) is created to deal with military operations, military intelligence, strategic planning and operational logistics.

The DCOAS (planning and strategy) and the Master General Ordnance (MGO) is merged  into one office of the DCOAS (Capability Development and Sustenance).

Also, Nirmala Sitharaman approved the creation of a new information warfare wing, in concern to the needs of the future battlefield, hybrid warfare and social media reality, sources said.

The move is initiated in an attempt to transform the 1.3 million-strong Army into a more lean and mean force, along with enhancement of its combat capabilities.

The approved decisions by the Defence Minister were pending for long, sources cited.

As per sources, the government has also approved creation of two new branches to deal with vigilance and human rights issues, which reflects the Army”s commitment to probity and transparency.

Both the branches will be chaired by Major General rank officers.

A senior Army Official said, “Towards the Army’s capability based modernisation necessities, this would synergise and coalesce all revenue and capital spending under one organisation and effectively prioritise competing requirements with an operational focus to get better value for funds allocated by the government.”

Also, considered that the reform measures will be implemented with a sense of urgency, as sources said.