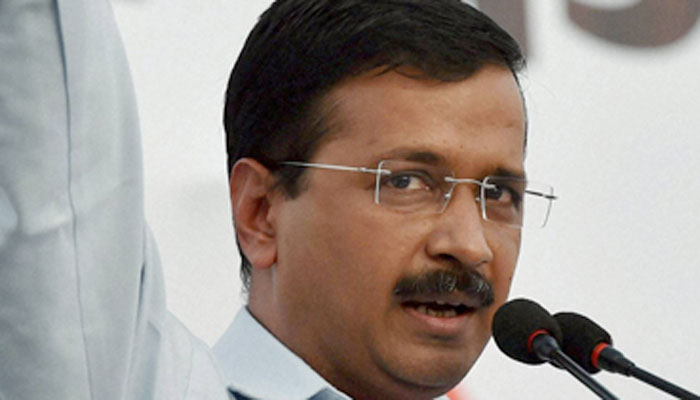 Delhi Chief Minister and Aam Aadmi Party Chief Arvind Kejriwal on Wednesday asserted that he is upset with Delhi Congress for not forging an alliance with his party in Delhi for upcoming Lok Sabha Polls 2019. AAP National Chief who has in recent past warned people against voting to Congress said that he wants to defeat Narendra Modi and Amit Shah led BJP in Delhi in Lok Sabha Polls.

For which, he has been trying to hold talks with Top Congress Leadership with zero success. Frustrated with Congress’ rejection Kejriwal asserted that ‘There should be a single candidate against BJP in all 7 constituencies of Delhi’.

Delhi Chief Minister who was recently a part of Opposition meeting in which Congress President Rahul Gandhi was also present, said while addressing a rally near Jama Masjid in Old Delhi ‘Hum Congress ko mana mana ke thak gaye, gatbandhan karlo, gatbandhan karlo (We got tired of convincing for an alliance). I want to ask, should there be a coalition or not? If there is a coalition, the BJP will be routed in Delhi…I don’t know what is in their (Congress’) mind,” Kejriwal said.

He further said he is ready to leave all seven seats for Congress if he was sure that the grand old party would defeat Congress, but ‘they won’t’.

Delhi Chief Minister also attacked Congress for weakening the SP-BSP alliance in Uttar Pradesh. ‘I don’t understand what they are doing in Uttar Pradesh. They are trying to weaken the SP–BSP in UP and the AAP in Delhi,” Kejriwal was quoted by the Indian Express as saying.

Reacting on Delhi CM’s claim Congress Delhi Chief Sheila Dixit said, ‘I want to ask Arvind Kejriwal on what basis has he said this? Because he has not talked about it even once’.

Sheila Dikshit on Delhi CM Arvind Kejriwal remarks, ‘Tired of trying to convince Congress for an alliance, but they refuse to understand’: I want to ask Arvind Kejriwal on what basis has he said this? Because he has not talked about it even once. pic.twitter.com/95yI2kOlpG

The BJP had swept the state by winning all seven parliamentary seats with a vote share of 46.40 percent in 2014 General Elections. The AAP came second with 32.90 percent votes, pushing the Congress to the third with 15 percent vote share.