The Indian Wire » Politics » Govt will continue with the current price scheme till 2018: Ramvilas Paswasn 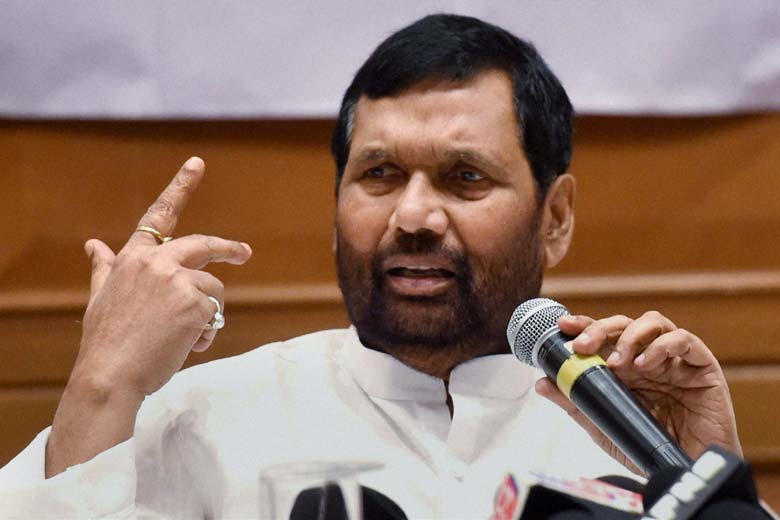 The prices of wheat and rice, given at Rs 2 and Rs 3 per kg respectively, will not be reviewed till 2018, Ramvilas announced in the LS.

Food and Consumer Affairs Minister Ramvilas Paswan today during the question hour in Lok Sabha announced that the government will continue with the current price schemes proposed by the government for rice wheat and coarse grains.

He said that though under the National Food Security Act (NFSA) 2013 there was a provision for revision of the prices of foodgrains every three years, but the government has decided to keep the same rates till 2018. He further informed that Under the scheme, rice is supplied at Rs 3 per kg, wheat at Rs 2 per kg and coarse grains at Rs 1 per kg. Paswan said that it was the state’s duty to see to it that no one in their state remains hungry.

Ramvilas also informed that under the scheme introduced by Prime Minister Narendra Modi employees of the FCI would now get a pension and post retirement medical benefits.