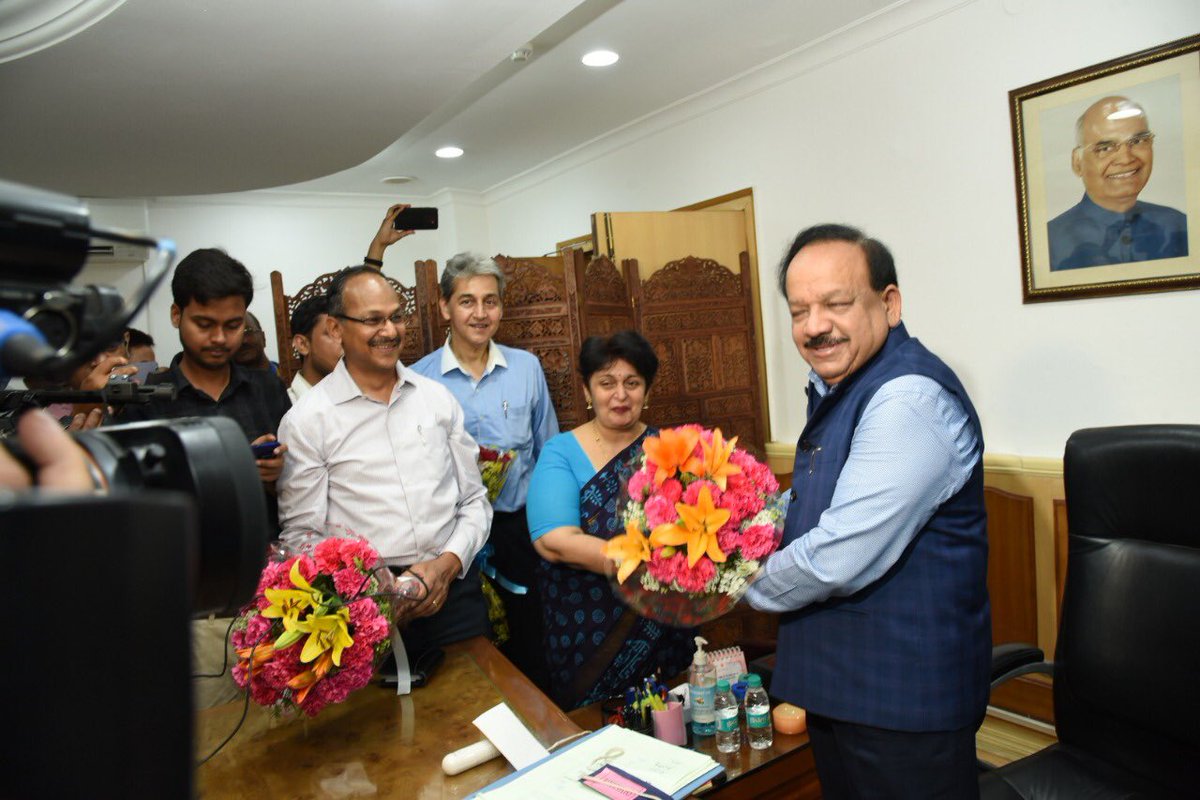 Bharatiya Janata Party (BJP) MP from Delhi’s Chandni Chowk Dr. Harsh Vardhan on Monday arrived the Office in a cycle on the occasion of World Bicycle day to took charge as the Union Minister of Health and Family Welfare. He took the charge of the ministry and held a meeting with officers and Minister of State Ashwini Kumar Chaubey.

“I had a meeting with my colleague, Mr @AshwiniKChoubey. Ji and senior officials today and made all-out efforts to fulfill the dream of the illustrious Prime Minister Narendra Modiji‘s dream of New India”, he said in a tweet.

“Took over as the Minister of Health and Family Welfare of India today. PM Ji’s gratitude for believing in me @narendramodi. The health and welfare of the countrymen is among the top priorities of the Modi government. I will have every sincere effort to fulfill this obligation”, he also tweeted.

Hailing his government’s Ayushman Bharat Scheme, Dr Harsh Vardhan said that over 27 Lakh have been benefitted from Union Government mega scheme. He added that the government will work to continue to reach more people.

He further said that he will write a letter to Chief Ministers of Delhi, Andhra Pradesh, Telangana, West Bengal, and Odisha and would ask them to implement Ayushman Bharat.

Further talking about future plans, Harsh Vardhan said that the government aimed to reach over 1.5 Lakh health and wellness centers by 2022. Currently, we over 17,000 hospitals are associated with Ayushman Bharat.

Harsh Vardhan held a portfolio of Health and Family Welfare in Narendra Modi’s previous government. He was later shifted to Ministry of Earth Sciences, and Ministry of Science and Technology.

Following the death of Union Minister Anil Madhav Dave in 2017, Harsh Vardhan was given the charge of Environment, Forest and Climate Change Ministry.