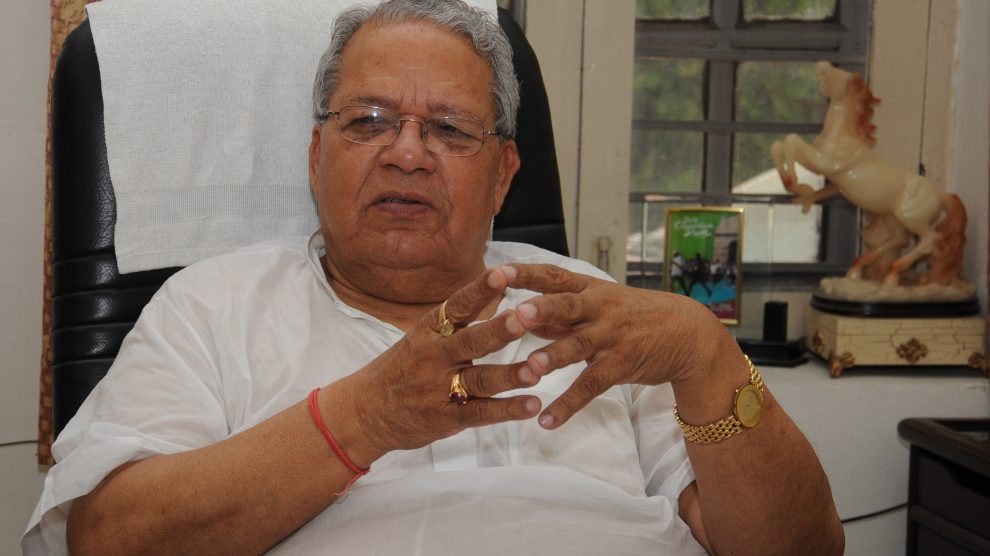 Himachal Pradesh Governor-designate Kalraj Mishra was given a rousing reception by Chief Minister Jai Ram Thakur and his cabinet colleagues as he reached here on Sunday.

Mishra will take oath as the 26th Governor of Himachal Pradesh on Monday.

“The Governor is topmost constitutional post in state and efforts would be made to abide by constitutional dignity and to ensure the fair functioning of Vidhan Sabha,” he said, as per an official statement.

Endeavour would be made to make this state more beautiful with the support and cooperation of everyone, he added.

Mishra replaced Acharya Devvrat who has been appointed the Governor of Gujarat.