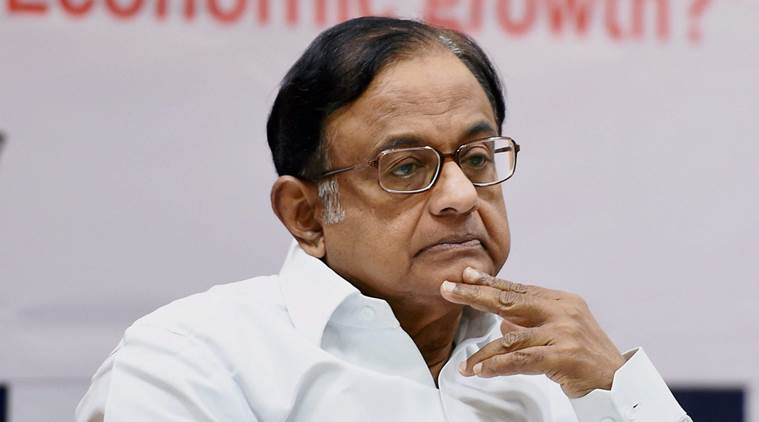 The Central Government on Sunday allowed Central Bureau of Investigation (CBI) to prosecute Former Union Finance Minister P Chidambaram in connection with INX-Media Case. The CBI had earlier charge sheeted the senior Congress leader in the Aircel-Maxis case and now plans to file a charge sheet in the INX Media matter, in which his son Karti is an accused. Karti Chidambaram had on February 28 was arrested from Chennai Airport by CBI, however, he was granted bail on March 23, 2018. Among the bail conditions was that he had to deposit his passport with the trial court.

On January 25, CBI told Delhi High Court that it wanted to carry out custodial interrogation of former Union Minister P Chidambaram in the INX Media case, in which the court had reserved its judgement. “We are opposing the anticipatory bail of P Chidambaram and want to take him on the police remand for interrogation. We want to exercise our statutory right to investigate the case,” Solicitor General Tushar Mehta said while appearing for the Central Bureau of Investigation (CBI).

Earlier this month, Former Congress minister P Chidambaram was summoned by the Enforcement Directorate (ED) to appear before it on the same case. Both P Chidambaram and son Karti Chidambaram came under scanner in connection with ₹3,500 crore Aircel-Maxis and ₹305 crore INX Media. The INX Media is a venture promoted by former media baron Peter Mukherjea and Indrani Mukerjea.

It had been alleged that Karti, son of Former Union Minister has asked the Mukherjeas for a bribe of $1 million when they met at Hyatt in Delhi. As per the plan worked out between INX Media and Karti, the Mukherjeas engaged Karti’s company Advantage Strategic Consulting Pvt Ltd (ASCPL). As part of the alleged quid pro quo, ASCPL and its associated companies around this time raised four invoices for $7,00,000 ( ₹3.05 crore) on INX Media and were reimbursed. Soon, FIPB, which comes under the finance ministry, gave its approval to fix the irregularities.

While in INX Media Case, Delhi High Court last month extended the interim protection from arrest to Chidambaram till January 15 next year. Chidambaram filed the anticipatory bail in May last year following which the Court has extended the relief time to time.