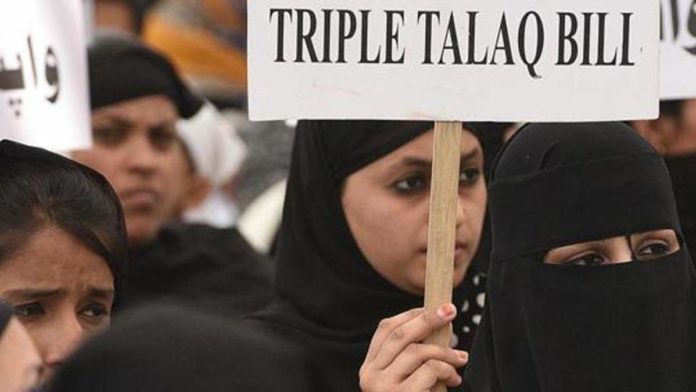 The lower house of the Parliament, Lok Sabha, on Thursday passed the bill to ban triple talaq, with the Union government pressing the need for the bill as hundreds of cases of instant divorce have come to the fore despite Supreme Court declaring it ‘illegal’.

Speaking in the Lok Sabha, Union Minister Ravi Shankar Prasad said the need of law as to give punishment to those who violate it. The Triple Talaq Bill was passed by voice vote with many opposition parties including Congress, Samajwadi Party, TMC, DMK, among others staging a walkout.

Opposition parties raised several questions and sought amendments. However, several amendments were defeated by the division of votes. The clause in the bill which criminalizes the practice with a jail term of up to three years for the husband was passed by a division of 302 in favor and 78 against.

Now, the bill passed in the Lok Sabha will be sent to the Upper House of the Parliament.

Talking about post-Supreme Court ruling, Union Minister informed the House that 574 cases of triple talaq were reported since January 2017 and 101 after the issuance of an Ordinance in this regard.

The minister said despite the August 2017 judgment of the apex court, cases of instant divorce are being reported across the country. ‘There is a need to bring in the law’, he added. Prasad said, ‘It is a matter of Justice, Respect and dignity of the Women’ and not of politics or religion.

While earlier in the day, Bharatiya Janata Party (BJP) Bihar ally, Janata Dal (United) walked out of the Lok Sabha opposing the Triple Talaq Bill stating that it will create distrust in a particular community. Speaking in the lower house of the parliament, JDU MP Rajiv Ranjan Singh said that the proposed bill will create distrust in a particular community, and his party will not support this bill.

The Union Cabinet on June 12 approved a fresh bill to ban the instant triple talaq. Earlier, the Triple Talaq Bill was passed by Lok Sabha in December last year amid opposition uproar with 245 MPs voted were in favor of the bill, 11 voted against it. However, it got stuck in the upper House, Rajya Sabha, as the government has no majority there.