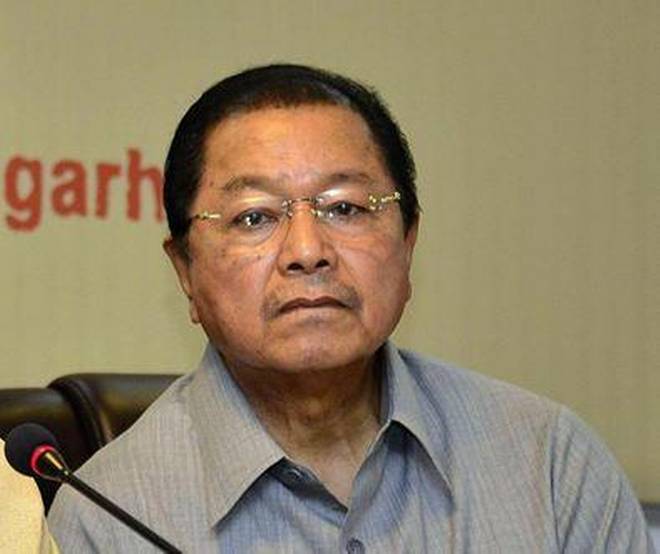 Congress, who has been in power in Mizoram since two consecutive terms, is facing a tough challenge from its opposition party Mizo National Front. According to reports, the ruling party is going through anti-incumbency wave along with internal clashes in the party.

The chief minister of the state Lal Thanhawla has himself alleged corruption charges on his own party members. He revealed on Saturday that his colleagues R Lalzirliana and Lalrinliana Sailo were “corrupt” when they were ministers.

Mr Lalzirliana, was expelled from the party on September 17 before which he was served a show cause notice by the Congress’ Disciplinary Action Committee (DAC). He was the state home minister and had submitted his resignation on September 14 after SCN was set to him.

Recently the resignation of former minister Lalrinliana Sailo has also proven to be a setback for the Congress.

The sources from Mizoram Pradesh Congress Committee (MPCC) has said that although only a few people have left the party, dents have begun to appear among the party members.

“The mood within the party is clear from the fact that its nomination committee has failed to make any decision till the announcement of poll date on Saturday, while the MNF has already made public the list of candidates for at least 98 per cent of the seats,” they said.

Lashing out at Aizawl Football Club president Robert Romawia Royte, popularly known as ‘triple R’, the CM said that proceedings would be initiated against him regarding allegations of over Rs. 200 crore fraud while he was in government service. Mr. Robert has recently left the party and has joined MNF.  He will be contesting the Assembly poll from Aizawl East-II seat against state Finance Minister Lalsawta.