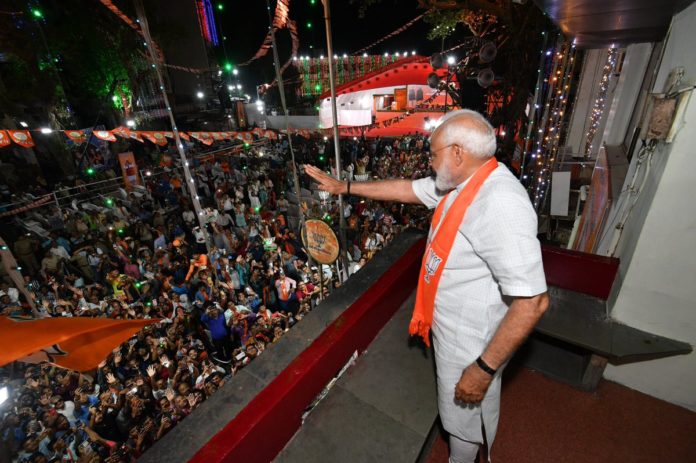 In its first cabinet meeting after taking charge as Prime Minister for the second term, PM Modi chaired Cabinet on Friday decided to give monthly pension of Rs.3000 to small traders, shopkeepers and business after the age of 60.

Speaking to media after the first Cabinet meeting, Prakash Javadekar, Minister of Information and broadcasting said that In an effort to provide to social universal security, the Union Cabinet has cleared the pension scheme for small traders and businessmen.

‘Three crore retail traders and shopkeepers will benefit from this decision’, the minister added.

He further said that all the small traders and a self-employed person with GST below 1.5 crores and age between 18 to 40 can apply for this scheme. They all will get Rs.3000 as pension when they attain an age of 60.

He further said that the application can be made through the Common service center. For the person with age of 18, Rs. 2 per day will be the investment.

Pension for small traders was among the major promises made by the Bharatiya Janata Party in its poll manifesto in a run-up to the national polls 2019.

Prakash Javadekar who earlier in the took the charge as I&B Minister further said It is a landmark decision taken by the government that will benefit over 3 crore small traders and businessmen in the next 3 years.

The decision was taken at the first Cabinet meeting held on Friday. The meeting was chaired by Prime Minister Narendra Modi hours after allocating portfolios to all inducted ministers.

PM Narendra Modi in his Cabinet 2.0 made crucial changes replacing Rajnath Singh with Amit Shah for Home Ministry while Nirmala Sitharaman who held Defence Portfolio in previous government has now been allocated Finance Ministry in absence of Arun Jaitley.

Rajnath Singh has been appointed as the next Defence Minister replacing Nirmala Sitharaman.

Prime Minister Narendra Modi who got a massive mandate in recently held national polls, on Thursday took oath for the second term in an official function at Rashtrapati Bhawan. President Ram Nath Kovind administrated oath to PM and his Council of Ministers. A total of 57 ministers along with PM Modi took oath at the ceremony held in the national capital.