The Indian Wire » Politics » New Process and Increase in No. of Candidates causes delay in Counting, claim EC officials 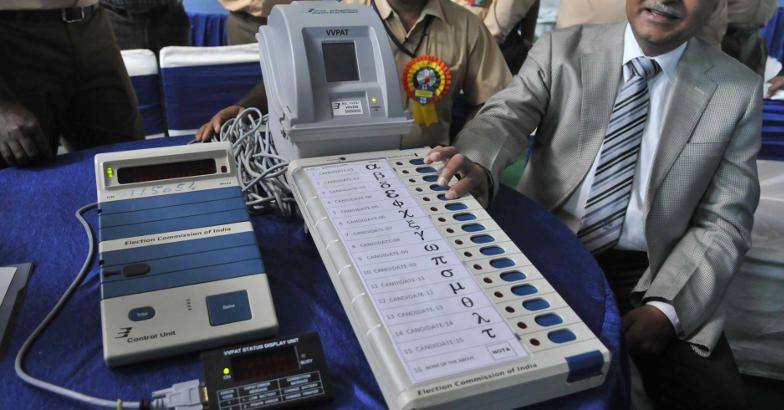 Unlike the quick counting of votes for the state assembly elections in Chhattisgarh, Telangana, and Mizoram, counting in Madhya Pradesh Elections and Rajasthan Elections went on at a snail’s pace, keeping people in general and the political parties in particular on tenterhooks throughout the day. The Election Commission could only announce results on all seats after almost 24 hours on Wednesday in ECI Website.

According to Officials, there are many reasons that led to a delay in these states. The increase in the postal ballot votes, mandatory tallying of EVM count with VVPAT slips, slim margins in Madhya Pradesh on many seats and a cautious approach adopted to avoid the embarrassment suffered during Nagaland polls this year.

Rajasthan’s Chief Electoral Officer Anand Kumar said the reason of delay is because of votes in the electronic voting machine (EVM) have to be matched by randomly selecting a voter-verifiable paper audit trail (VVPAT) from a polling center in each assembly constituency.

While Madhya Pradesh CEO VL Kantharao said, “The delay is because every candidate has to be provided a certificate after every round of counting.”

The Indian National Congress delegation, comprising MP Congress president Kamal Nath and state Congress campaign committee chairman Jyotiraditya Scindia had met the Chief Election Commissioner in Delhi before the polls to demand a certificate of votes polled after every round.

This process resulted in the delay in counting. Where in some seats, Delay was because of the more number of candidates in the fray. With more Candidates, it takes more time for the polling personnel to complete the counting and then provides the certificate to each of the candidates.