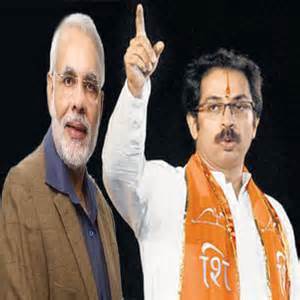 In his second part of the interview to Sena mouthpiece Saamna, Shiv Sena Chief, Uddhav Thackeray said that India had failed to get international support on its issues with Pakistan and China despite Prime Minister Narendra Modi making friends with world leaders.

He has again raised a question at PM Modi‘s foreign visits. He said that if PM Modi is trying to improve relations with other nations then why no one is openly supporting India against its enemies like China and Pakistan. He wants to know the major cause behind the Kashmir unrest and why China became India’s enemy. He slammed BJP by saying that it assumes Shiv Sena to be its bigger enemy than China and Pakistan.

According to Thackeray, China’s strength cannot be ignored and India needs to make efforts to match it.

He wants the ruling party to divert their attention towards nation rather than keeping themselves busy in winning elections. Elections can be won anytime but a war is a war and there is China on the opposite side

Thackeray also had an interaction with Modi during the NDA meet held before the presidential polls where PM Modi greeted him with a lot of affection and spoke to him Marathi also.