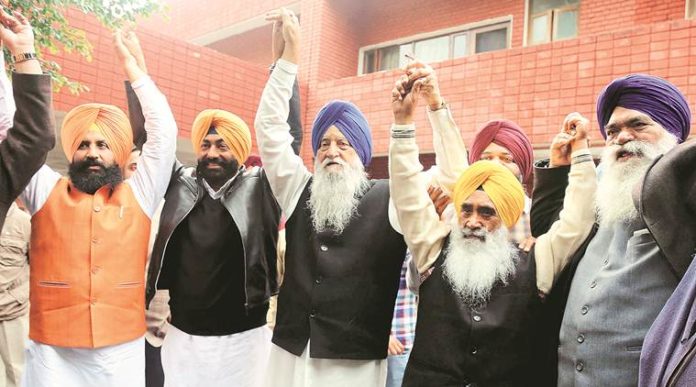 In a big boost to Punjab Democratic Alliance on Monday, Communist Party of India (CPI) and the Revolutionary Marxist Party of India (RMPI Palsa Group) joined hands with the alliance in a run-up to the general elections day after EC announced poll dates.

Khaira while briefing the media said that BSP, Punjab Ekta Party and the Lok Insaaf party has been allotted 3 seats each for the General Elections while Nava Punjab Party, CPI and the RMPI have been given one each seat to ‘play on’. He added that decision on Sangrur Parliamentary Seat has not been taken yet.

Khaira also said that breakaway faction of SAD, Shiromani Akali Dal (Taksali) to withdraw their candidates and join the PDA to defeat the two parties (Congress and Akali Dal)