The Supreme Court December 14 rejected the Petition filed seeking a court-monitored CBI-led investigation into the Rafale deal involving ₹59,000 crores for the purchase of 36 Rafale fighter jets. A Supreme Court bench led by Chief Justice Ranjan Gogoi ruled, “We are satisfied that there is no reason to doubt the process is followed and the need of aircraft is not in doubt.”

The Three who had earlier filed a plea in the Top Court seeking a review of the December 14, had on Monday approached Top Court with a fresh plea under CrPC 340 seeking perjury prosecution against the Officials responsible for providing ‘false’ and ‘misleading’ information to the Top Court in a sealed cover.

The Prosecution of the Officials has been sought under section 193 and 195 of the IPC which deal with the offences of giving false and misleading facts in the Apex Court.

Referring to the CAG’s audit of the Rafale Deal, the plea stated, ‘There was no CAG report at the time. The Government misled the court into relying on non-existent fact/report as the basis of its observation on pricing in the judgment. The plea, which has been filed in the disposed of a plea, said that the note on pricing was not shared with the petitioners.

“Instead of admitting that it misled the court, by way of an application for ”correction”, government imputes that Justices have misinterpreted tenses in English grammar in like manner individually and severally.

The plea also gave the details of ‘misleading facts’ as per their opinion, to the Court.

The plea also referred to recent media reports and alleged suppression of “unauthorized parallel negotiations” by the PMO and bypassing of the Ministry of Defence and the Indian Negotiating Team (INT).

The first petition in the case was filed by Advocate ML Sharma in the Apex Court. Later another lawyer, Vineet Dhanda, moved the top court with the plea for court-monitored probe into the deal. AAP leader Sanjay Singh also filed a petition.

The controversy over the Rafale Deal is on the Boil in last few months. The Congress and other opposition parties have been alleging irregularities in the high-profile deal and asking a JPC on the issue. 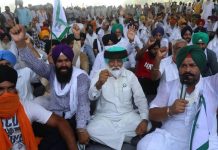