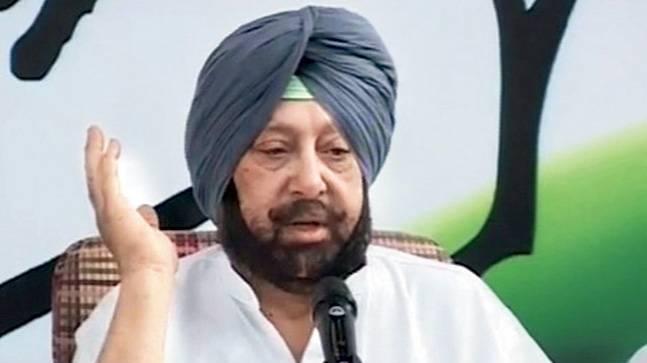 Punjab Chief Minister Captain Amarinder Singh says he will write to the Election Commission against Modi government wooing first time voters asking them to dedicate their first vote to the brave soldiers who turned martyrs in the Pulwama terror attacks.

In a public meeting in Maharashtra’s Latur, Prime Minister Narendra Modi had asked the first time voters to cast their vote for the brave soldiers who were martyrs in the Pulwama terror attacks. “I want to tell the first time voters to dedicate their votes to the brave jawans who carried out the air strikes on Pakistan. Will you dedicate your first vote to the martyrs who lost their lives in Pulwama? Modi is seen asking these voters to indirectly vote for the NDA.

Even in the rally in Coimbatore Modi can be seen asking the first time voters to ‘devote their first votes for a higher cause.’

Punjab Chief Minister Amarinder Singh was earlier seen lauding Rahul Gandhi on being the perfect prime ministerial candidate as he was open to diverse points of view. Earlier he was also seen using terms such as ‘jumlebaaz,’ ‘master of deceit and disinformation’ on Modi.

As the first phase of polling starts tomorrow political parties are high on spreading their campaigns in all parts of the country. With EC stalling the release of PM Modi biopic ahead of 2019 general elections NDA is to lose another means of propaganda.