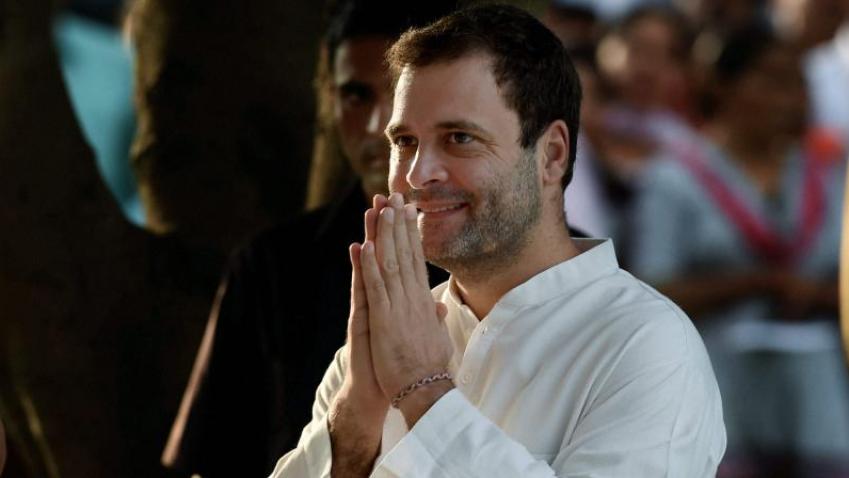 Congress President Rahul Gandhi is likely to start the Poll Campaign in Maharastra from Dhule on March 1 sources in the party on the condition of anonymity told media. Congress is also planning to hold a rally of its newly appointed General Secretary Priyanka Gandhi in Maharashtra in the next month.

Rahulji will be in Dhule to campaign for the party. This will be his first rally in the poll season,” a source said.

Before Rahul Gandhi’s rally in Dhule, Congress will participate in the joint rally with its Maharashtra Ally Nationalist Congress Party (NCP). NCP Boss Sharad Pawar and All India Congress Committee (AICC) State In-Charge Mallikarjun Kharge will be seen joining Dias with other parties and their allies.

The Congress-NCP joint public meetings are slated for February 20 and February 23, to be held in Nanded and Beed respectively.

The rally is being organized in Dhule since it would be convenient for the party workers from the district and neighboring Jalgaon and Nandurbar to attend it, he said. Congress leaders from Maharashtra have requested the party president to address four-five rallies in the state, sources further revealed.

When asked about Rahul Gandhi’s rally, Maharashtra Congress Chief Ashok Chavan said ‘We are in the process. We are planning a rally in Dhule, but all this is yet to be finalized officially’.

The Congress, which is joining forces with other like-minded parties in Maharastra, is seeking a return to power after its drubbing in the 2014 parliamentary elections at the hands of the resurgent BJP. The party had managed to win only two seats – Nanded (represented by Chavan) and Hingoli (held by Rajeev Satav) – in the last Lok Sabha polls.

Maharashtra sends 48 Parliamentarian to the Lok Sabha, second highest after 80 from Uttar Pradesh.

The Lok Sabha Polls are slated for April-May this year. Also, there are reports of Maharashtra State Polls might be clubbed with Lok Sabha Polls. Sources claimed that ruling Bhartiya Janta Party may opt for premature dissolution of Assembly in Maharastra along with Jharkhand and Haryana.

Before Addressing a rally in Maharashtra, Congress President Rahul Gandhi will be Narendra Modi’s Bastion to address along with Priyanka Gandhi and Sonia Gandhi. Congress Working Committee meeting is also slated to be held on February 28.