With the intense heat of polls in Rajasthan, both BJP and Congress are leaving no stone unturned to reach the magic number in the state having 200 seats in its assembly. Both the parties are using every feedback, formula and caste-ridden calculation to turn the table against their opponents in the upcoming assembly polls of the state.

With both parties are not taking any chances and looking for a perfect combination with regard to win-ability, caste calculations, and feedbacks of booth level teams. During this crucial phase of ticket distributions, many prominent faces in the state from both the national parties choose to change their loyalties when denied a ticket by their own party.

Among the big faces that left the ruling party is, former MLA Manvendra Singh, sensing an opportunity in the rival party, Singh joined Congress in October and has fielded against the sitting CM Vasundhara Raje from Jhalrapatan seat.

While Congress leaders who choose to make a shift from their camp includes, Ashok Sharma, District President of Dholpur and son of Congress Stalwart Banwari Lal Sharma. Sharma quits Congress and joined the BJP and is contesting from Dholpur. The Congress has nominated Ashok Sharma from Rajakheda.

Similarly, Abhinesh Mehrishi joined the BJP just a couple of days ahead of the declaration of the first list. Mehrishi had contested the 2008 assembly elections on a Congress ticket from Ratangarh and lost. He later fought the 2014 Lok Sabha polls on a BSP ticket and again lost. He has been fielded from Ratangarh, where cabinet minister Rajkumar Rinwa’s ticket was cut. Rinwa resigned and said he would contest as an independent.

Similarly, Congress leader Ram Kishore Saini who joined the BJP on Friday was declared the party candidate from Bandikui in the third list. Saini had contested from the BJP in 1990, 1993 and 1998 State Assembly Elections. He had joined the Congress in 2013 but decided to return to BJP this time.

Mahesh Pratap Singh also joined the BJP. Singh, who returned to the BJP after 13 years, has been fielded from Nathdwara. Independent MLA Rajkumar Sharma returns to his party, he has quit the party in 2013 before the assembly polls and contested independently.

Mamata Sharma, an old Congress loyalist, a former MLA, and former NCW Chairperson during UPA regime also turncoats after being denied a ticket from Bundi. Former Congress MP and Ex-Kota royal Ijyaraj Singh too turned too BJP after he was denied a ticket.

BJP spokesperson said that we have given tickets to the candidate based upon the feedback we received from the local and booth level workers. If we feel that an individual is strong on a particular seat and wish to join BJP, we have given him/her a chance.

While Congress State Spokesperson said ‘All the decision have been taken after taking the ground team into the consensus and keeping in mind the pattern of local politics’. 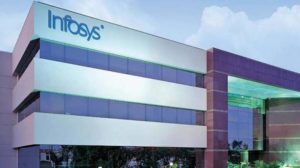