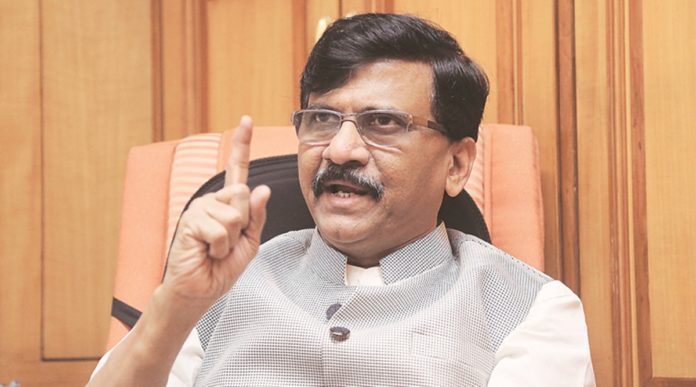 Sanjay Rawat, Shiv Sena leader wrote a letter to the chairman Venkaiah Naidu of Rajya Sabha on the third day of the winter session. He wrote the letter expressing his dismay over the change of seats in the Upper House of Parliament.

Sanjay Raut in the letter said, “I think that this decision was taken by someone deliberately to hurt the sentiments of Shiv Sena Party and to suppress our voice. I may remind you that even when NDA was in Opposition, I was allotted a 3rd row seat in the House in view of my seniority in Rajya Sabha, but now, what I feel, it is clearly showing that my seat has been allotted in the 5th row intentionally to humiliate me and my party’s status in the House. (sic)”.

The senior party leader and MP further said: “The move has hurt the dignity of the Parliament and has demanded that he be allotted a seat in any of the first three rows according to the decorum of the House. there is no reason behind this seat change as Shiv Sena is still officially a part of NDA.”

He even questioned the Chairman on the conduct of the house saying, “Chairperson is above party affiliations and should take decisions in a non-partisan manner. (sic)”.

In the Maharashtra Assembly Elections held on 21s October, BJP won 105 seats in the 288-member assembly followed by Shiv Sena 56, NCP 54 and Congress 44. The BJP- Shiv Sena government failed due to Shiv Sena’s stance on Chief Minister’s Post and equal seats at Cabinet. Maharashtra is now under President’s rule after the parties failed to form the government.