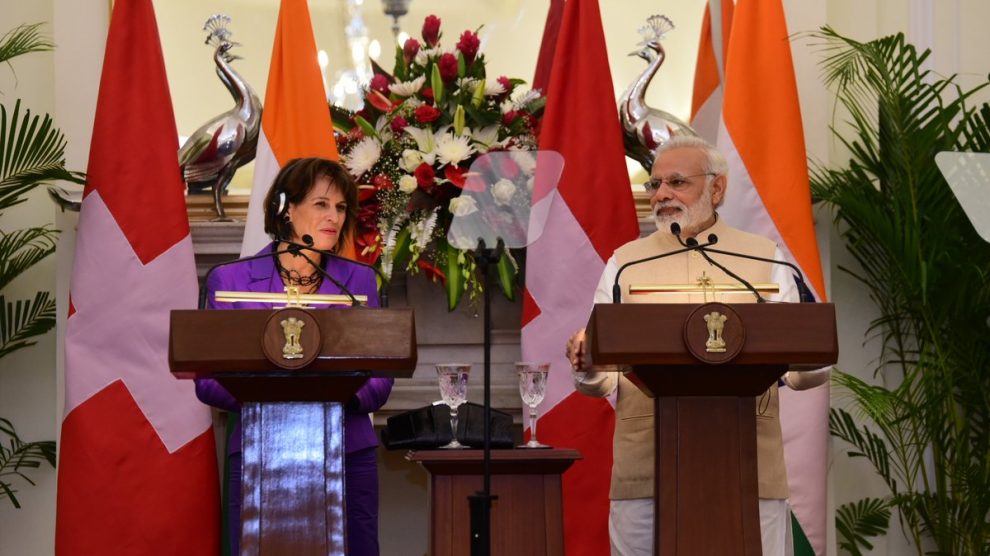 Swiss President Doris Leuthard is on a three-day tour to India accompanied by senior government officials and business delegations of leading Swiss companies.

The President was given a ceremonial welcome at the Rashtrapati Bhavan on Thursday. This is her fourth trip to India, earlier he visited the nation in 1998, 2003 and 2007. President Ram Nath Kovind and Prime Minister Narendra Modi welcomed Leuthard. “I hope that this visit will further strengthen India-Switzerland relations, pending projects will be completed and we will try to make a new investment security agreement,” she said after the welcome.

After the welcome, External Affairs Minister Sushma Swaraj held meeting with the Swiss President and both the leaders discussed the bilateral issues faced by both the nations.

Following the meeting with Sushma Swaraj, Doris Leuthard held dialogues with Indian Prime Minister Modi. Both the leaders discussed means to further strengthen the bilateral ties between the two nations. Two MOUs were also signed between both the countries to further enhance the transportation with the help of technology. They also held extensive talks about ways to boost trade and investment ties.