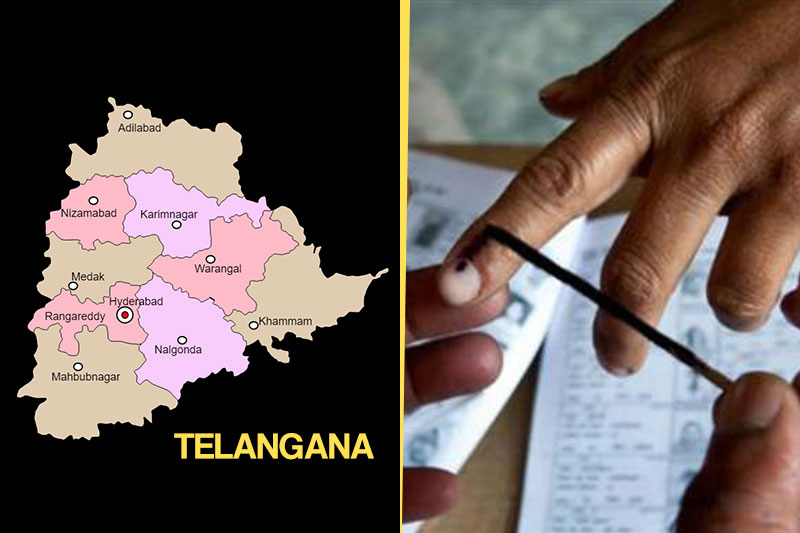 A total of 65% recorded till 5 pm in the first-ever Telangana State Polls. Polling was held in all the 119 constituencies in the State to elect members to the Assembly. Though the polling officially ended at 5 p.m. long queues is reported at many polling booths.

Counting of votes and declaration of results are scheduled for December 11 along with other states assembly elections.

While the official state-wide average polling percentage at 5 p.m. was reported by election officials as 65%, while the figures are expected to rise. “We have replaced 22 ballot units, 19 control units and 42 VVPATS,” Chief Electoral Officer Rajat Kumar told reporters

Over 2.8 crore registered voters will decide the fortune of as many as 1,821 candidates are in the fray from 119 constituencies. Authorities have set up more than 32,000 Polling station across the state.

K Chandrashekhar Rao led Telangana Rashtriya Samithi who stormed to power in 2014 is taking on Congress-led alliance in the Telangana State Polls. Congress stiched ‘Mahakutami’ or the ‘People’s Front’ with Telugu Desam Party (TDP), Telangana Jana Samithi (TJS) and Communist Party of India(CPI). While Bhartiya Janta Party is contesting on all 119 seats alone.