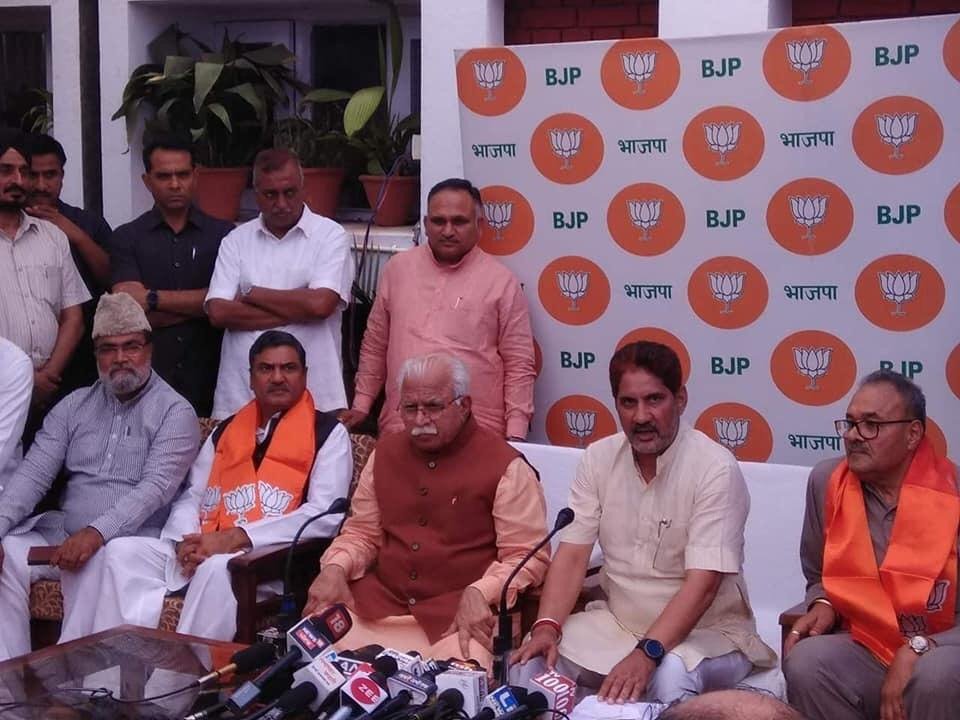 Lauding the Bharatiya Janata Party, they said they have taken a decision as they were highly impressed with the working style of Chief Minister Manohar Khattar-led government and its commitment for “Sab Ka Saath Sabka Vikas”.

Both they MLAs said that they have already sent their resignations from the Vidhan Sabha to the Speaker Kanwar Pal Gujjar.

Both the MLAs have further claimed that they have taken the decision in consultation with the people of their respective assembly constituencies.

In another development, another INLD Lawmaker, Ravinder Baliala, also met State BJP President Subhash Barala. The meeting of Ratia MLA fueled speculations about another Lawmaker jumping ship to join Bharatiya Janata Party (BJP). Both the MLAs – Hussain and Dhull – is believed shift the loyalties to Bharatiya Janata Party after INLD suffered a crushing defeat in the national polls 2019.
In the last month concluded national polls, Haryana’s premiere Jat Party, INLD faced a humiliating defeat and lost all 10 contested seats. It only secured 1.89% vote from the state. Bharatiya Janata Party banking on Modi undercurrent again swept the polls by bagging all 10 Lok Sabha Seats of the State.