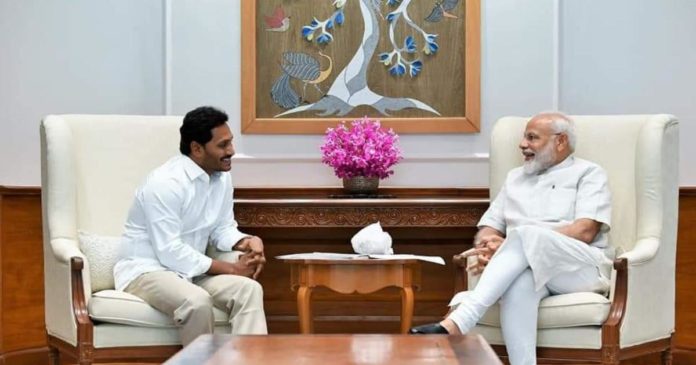 The meeting saw the discussion of many important issues in the state. The meeting has raised many eyes of speculation as Jagan Reddy’s YSR Congress party supported the Modi government’s decision to revoke Article 370 earlier.

Chief Minister asked the Union government to fulfill its promises which were made to the state in Andhra Pradesh Reorganization Act, 2014. One of the most important demands of the state is the status of “Special Category State”

What is “Special Category State“?

A Special category state is a specially defined state by Centre, which is in the need of external aid because of its peculiar features. The reasons for the backwardness of the state can arise from its unique geographical features, socio-economic factors, etc.

The Chief Minister also explained the Prime Minister about the mistakes committed by the past government of the state in signing Power Purchasing Agreements, which has created a huge debt burden of around Rs. 20,000 crores on the state.

He also informed about the fraudulent and corrupt practices taken up in awarding the Polavram Irrigation project contract. Therefore due to these reasons, His government has decided to review Power Purchasing Agreements and stop Polavram irrigation contract. Reddy explained about the Water scarcity problems in state and urged Narendra Modi to interlink Krishna and Godavari river.

He urged the Modi government to release 16,000 crores for completing the pending Polavram irrigation project. He also demanded of 60,000 crores for laying water-grid in the state to make water available to every household on the state. Jagan Reddy also mentioned about his “Navratna welfare scheme”. Chief Minister also sought an additional  23,300 crores for the development of backward districts in the state.

Jagan Mohan Reddy is expected to meet other prominent leaders such as President Ram Nath Goenka and other Cabinet ministers in the capital region today.