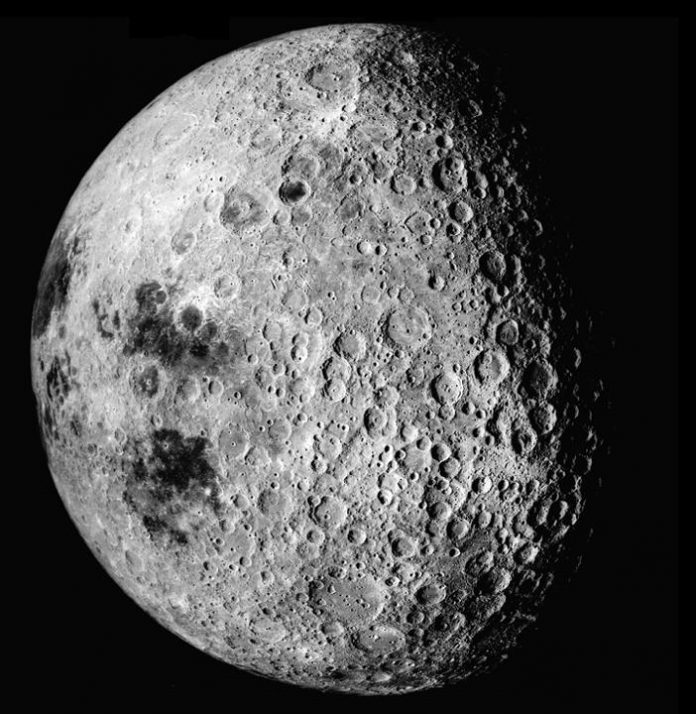 A new study claims that life could have existed on the Moon long long ago. The study was done by Dirk Schulze-Makuch, an astrobiologist at the Washington State University, and published recently in the journal Astrobiology.

Schulze-Makuch worked with Ian Crawford, professor of planetary science and astrobiology at the University of London. Both suggest that shortly after the Moon was formed from debris some 4 billion years ago, conditions on its surface were able to support not extremely complex, but simple lifeforms.

During the development of the Moon, its interior surface was releasing various highly hot volatile gases, including large quantities of water vapor. According to both Schulze-Makuch and Crawford, this huge amount of gases being released could have led to the formation of little of pools of liquid water on the surface of the Moon, and would have made the atmosphere dense enough to not let the water escape.

“If liquid water and a significant atmosphere were present on the early Moon for long periods of time, we think the lunar surface would have been at least transiently habitable,” Schulze-Makuch explained.

Previous studies and data obtained from recent space mission have also suggested that the lunar surface did contain water. In the 2009 and 2010, scientists found metric tons of water ice on the Moon. Popular theories also indicate that there does exist considerable amount of water inside the Moon’s mantle that had been deposited there when the Moon was being formed.

Since the early solar system saw a lot of meteorite crashes, there’s a strong chance that one of the meteorites having simple lifeforms like cyanobacteria that crashed into the Moon from Earth. “It looks very much like the Moon was habitable at this time,” Schulze-Makuch added. “There could have actually been microbes thriving in water pools on the Moon until the surface became dry and dead.”

Schulze-Makuch notes that finding if life on the Moon arose on the Moon itself or was transported from somewhere else “can only be addressed by an aggressive future program of lunar exploration.” He suggests that future space missions should be looking to collect rock and surface samples from the deposits that were formed during heightened volcanic activity to analyze them for the presence of water and other markers of life.