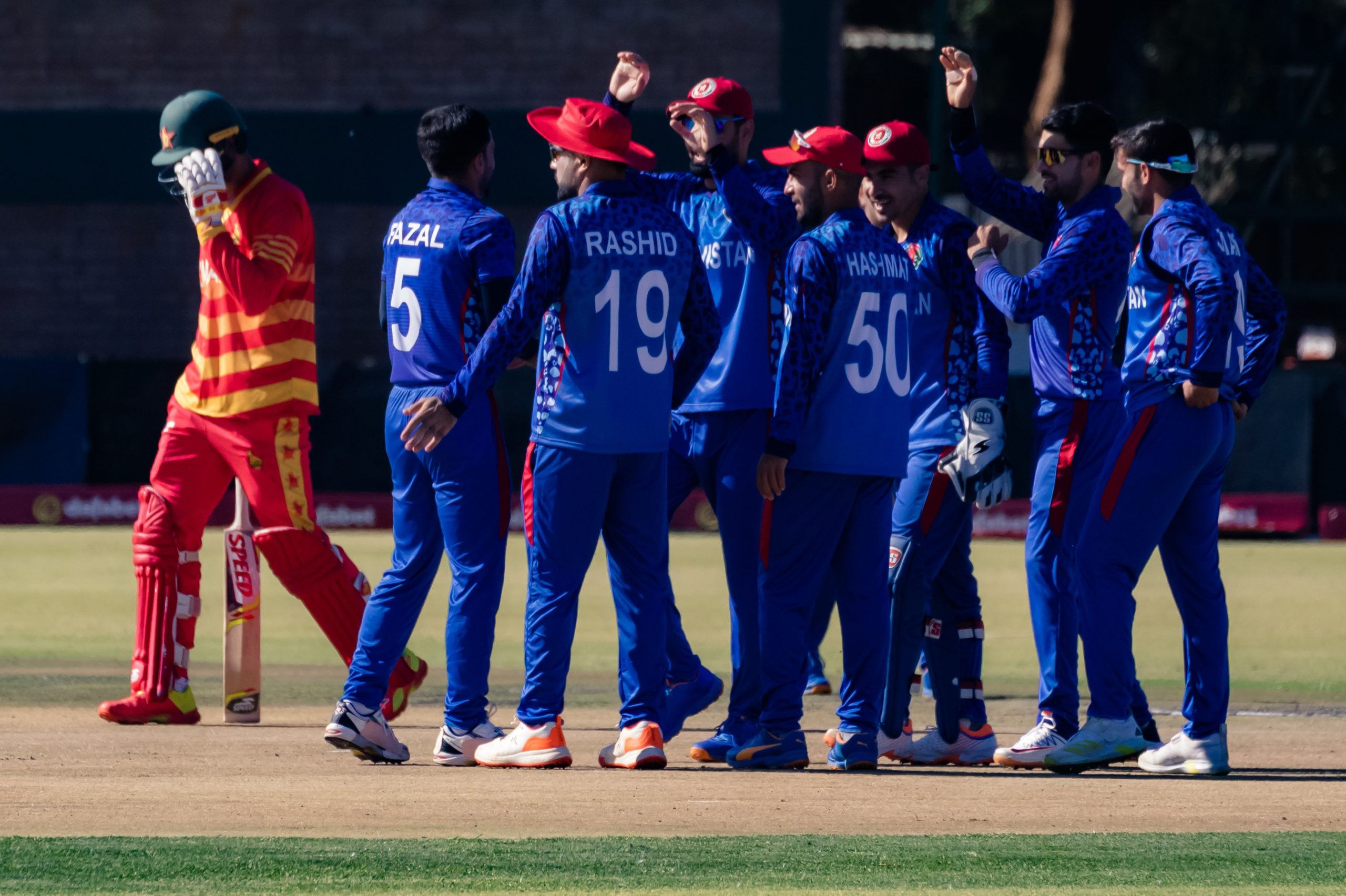 AFGH won the toss and elected to bowl, making ZW bat first and setting up a respectable score. As the openers came out to bat, AFGH lost their first wicket on the second ball itself, in the form of Regis Chakabva.

Innocent Kaia’s knock of 63 runs covered the quick loss of the first wicket. Short knocks by the upcoming batsmen were adding runs to the total of their team.

Meanwhile, Ryan Burl was hitting good shots and attaining great boundaries, and scoring runs. Soon enough, he completed his half-century. As the innings ended, ZW made up a total of 228 runs.

Whereas Fareed Ahmad took three major wickets and Fazalhaq Farooqi, Mohammad Nabi, and Rashid Khan took two wickets each, they stopped the batsmen of ZW at a low score.

Now it was time for the second innings of AFGH to chase down the runs. While they lost their first wicket in the first few overs, the other batsmen, Ibrahim Zadran and Rahmat Shah were looking great together.

The outstanding knocks by Ibrahim and the way he was clearing boundaries were looking great. He was looking in great form. While Ibrahim and Rahmat reached their half-century, the great partnership of 195 runs made the victory clear. The mesmerizing century by Ibrahim gave AFGH the victory as they won the match by eight wickets.

Ibrahim Zadran was declared the Man of the Match award. And AFGH took a lead of 2-0 in the tri-ODI series.

Allrounder Afghanistan seal the series with a game to spare 🤩👏@IZadran18 (120*), @RahmatShah_08 (88) dominated the chase to set up a comprehensive Afghanistan win and take an unassailable 2-0 lead in the series.

Hashmatullah Shahidi, the Captain of Afghanistan, said that he was happy with the win and the way his team was performing at the moment. They went on to say that they wanted to get all 30 points from this tour and that they will try to get 10 more in the next game. When asked about making changes to the playing XI for the next game, he replied that he would think about it in the upcoming days.