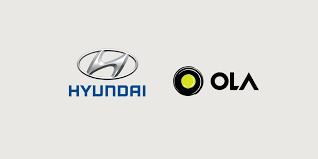 The investment made in Ola Electric will allow Hyundai to get all the information required to launch the next electric vehicle, at an affordable cost.

Post investment, Ola Electric has attain the status of a unicorn, reaching valuation at more than $1 billion.

While, Ola has already begun piloting its electric mobility services in Nagpur and is trying out battery swap as the viable option to extend battery life and reduce the total cost of ownership.

Hyundai, on the other hand, has a definite strategy to launch more EVs in the next five years.

Whereas, the government has been rooting for battery-operated vehicles to increase sustainable mobility, and Niti Aayog, the government think-tank expects to take the country by electric vehicles by 2030.

This would reduce India’s dependence on fossil fuel, which affects the current account deficits, by creating an energy sharing economy.

However, with the growth of electric mobility as a business, the government must plan for peak loads and ensure that the grid can support more than three million electric vehicles.

Furthermore, as per the government’s data, presently, India has more than 1.5 million electric vehicles.