If you are confused with Moto G5S Plus and Xiaomi Mi A1 here are the few points to consider before buying your next smartphone.

Build Quality and design: Both Moto G5S Plus and Xiaomi Mi A1 features a full metal unibody design. The design language incorporated in the Moto G5S Plus resembles its predecessor Moto G5 Plus and Moto G5. The design on this specific device is original and looks different in the crowd.  On the other hand, comes with Xiaomi Mi A1, even the design found on this device feels impressive but, it is not something unique that we have seen. In fact, the design is highly inspired by the king of the smartphones iPhone 7 Plus. However, taking inspiration is not always bad, the device does look premium from every angle and to silence the critics, the finger print scanner is placed on the rear end of the device.

Operating system: When Moto re-entered Indian market, their main selling point was its untouched Android operating system (it’s like a french fish, that doesn’t offer over flavored salt and spice). Moto continues to deliver the same for the Moto G5S Plus as well. The device runs on stock Android Nougat 7.1.2 without any major UI changes. You might be thinking like every single device Xiaomi Mi A1 will offer customised MiUi operating system, in fact, for the first time Xiaomi smartphone is shipping with the stock Android operating system (Android Nougat 7.1.2). One may ask what happened to the highly customisable MiUi? The thing is Xiaomi Mi A1 is the first love child between Google and Xiaomi. The device is launched as a part of the Android One Programme, which caters stock Android user experience without burning a hole in your pocket. The Moto G5S Plus might take some time to receive Android Oreo, as Moto engineers should work on that, however, the software part of the Mi A1 is complete under Google’s control so, expect faster Android updates with monthly Google security patches as well.

Display: Xiaomi Mi A1 offers 5.5-inch 1080p IPS LCD screen with Corning Gorilla Glass protection. Even the Moto G5S Plus offers the exact same screen, however, Moto’s display offers punchier colors and the Mi A1’s display looks dull (compared to Moto G5S Plus). However, the maximum and minimum brightness do remain the same on both devices with sunlight readability option.

Processor, RAM, and Storage: Both devices are powered by the same Qualcomm Snapdragon 625 Octa-core SoC which uses 14 nm FinFET architecture. Though the processor is already a year old, there are plenty of reasons to go for it. This is the first processor in the Qualcomm 600 series to offers amazing battery life and improved thermal efficiency. The Adreno 506 GPU used in this device offers solid gaming performances at a constant frame rate. The chipset also comes with dual ISP (image sensing processor) with support for the latest LTE bands around the globe. So, the combination of this chipset with a massive battery means the device can easily last for a complete working day even for the hard-core user. Both devices offer 4 GB LPDDR3 RAM and 64 GB onboard flash storage making it a better offering at the price tag of INR 15,000 ~ 16,000 rupees. Both devices do offer Hybrid SIM tray, which can accept either two nano SIM cards or a SIM and a micro SD card (up to 128 GB). 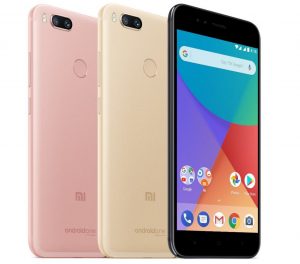 dual LED flash. Both sensors offer F/2.0 aperture and don’t offer OIS. The main camera takes the normal photo and the secondary 13 MP sensor is used to calculate the varied depth of field. Currently, there is a slight lag between the devices, as it takes more than 3 seconds to capture the image. The camera unit does support 4K video recording capability. On to the selfie camera, the device features an 8 MP shooter with a front facing LED flash to improve low light shots. The Xiaomi Mi A1 offers more of a premium camera capabilities, the device comes with dual 12 MP sensors (RGB + Telephoto lens). This is the first smartphone priced under INR 30,000 rupees to offer X2 optical zoom. Photos taken on this camera in natural lightning condition comes with plenty of details and the colors won’t over or unsaturated. the camera does support 4K video recording capability up to o30 frames per second. The front facing 5 MP camera comes with F/2.0 aperture and 1080p video recording capability. Though the Moto G5S Plus offers dual camera setup, it looks like the camera is a slightly downgraded from the Moto G5 Plus which offered 12 MP sensor with F/1.7 aperture and 1.4-micron pixel size. 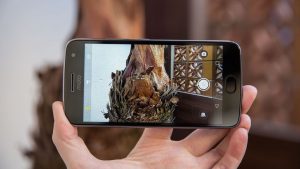 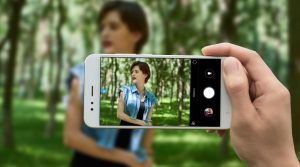 Battery: Both Moto G5S and Mi A1 comes with ~3000 mAh battery. The Moto supports fast charging (up to 15W) and Mi A1 doesn’t. Mi A1 features more standard USB type C port for charging and data syncing, whereas the Moto comes with old-school micro USB port. Xiaomi Mi A1 is specially designed with dual graphene sheet to easily dissipate the head and there is nothing as such in Moto.

Conclusion: Both smartphones offer 4G LTE and VoLte capability, but Moto doesn’t support LTE video calls. The camera on the Mi A1 performs well compared to Moto, though the Mi A1 doesn’t support fast charging it has USB type C (future proof). Google also promised that Xiaomi Mi A1 will be one of the first smartphones to receive Android p update next year. Priced at INR 1K less than Moto G5S Plus, we don’t find any reason to recommend it if it is not for the brand value.