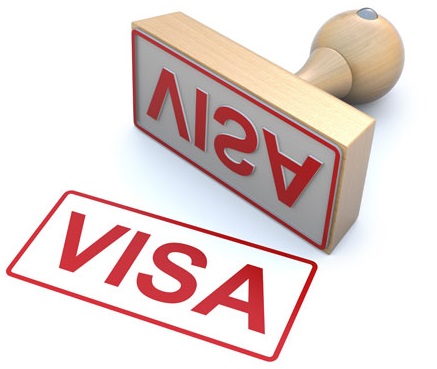 The Federation of Hotel and Restaurant Associations of India (FHRAI) along with its regional Association the Hotel and Restaurant Association of Western India (HRAWI) have appreciated the Government’s plan to introduce a five-year electronic tourist visa against a fee of $80 along with easing several e-Visa regulations and reduction of other charges. The Tourism Ministry has also hinted at introducing a one-month e-Visa for foreign tourists at a fee of $25. FHRAI has stated that the move to reduce regulatory hassles as well as the fees will definitely encourage foreign tourists to travel to India which has been experiencing a slowdown in Foreign Tourist Arrivals (FTAs).

“After more than a decade of negligence of this sector and a resultant slump, the slowdown in FTAs is certainly not helping the industry’s growth prospects. So the Government’s plan to reduce e-Visa fees is much welcome which will encourage tourists to travel to our country,” says Mr Gurbaxish Singh Kohli, Vice President, FHRAI and President, HRAWI.

Meanwhile, citing massive potential of domestic travel to both hospitality and tourism in the country, the Federation has recommended the Government to offer a deduction of Rs.50000/- for the resident Indian on their domestic travels.

“While it is important to draw foreign tourists to India, it will do much good for tourism if the domestic tourist too is encouraged to travel. By incentivising the resident Indian whose disposable income is on the rise, the Government can give a big boost to tourism within the country. High tax structures in India are presently pushing domestic travellers to foreign locales due to affordability and an exotic experience.  In his Independence Day address to the nation, our Hon’ PM Shri Narendra Modi has asked Indians to visit at least 15 tourist destinations across India before 2022. Offering the right kind of incentive to the domestic traveller has the potential to actualize his vision. As the Apex body of Hotels and Restaurants in India, FHRAI would like to work in tandem with the Govt. and offer any assistance required from us to boost tourism within the country and make our Hon. PM’s dream a reality,” concludes Mr Kohli.

The Federation of Hotel & Restaurant Federations of India (FHRAI) is the apex body of the Indian Hospitality industry. Founded in 1955, the Federation has diligently built on its rich legacy and is today privileged to serve as the leading voice of our industry and plays a seminal role in supporting the growth trajectory of India’s hospitality and tourism sector. FHRAI provides a vibrant interface between the industry, government, regulatory bodies, academia, international organizations, civil society and the media.

The Hotel and Restaurant Association (Western India) is a 68 years old Association of Hotels and Restaurants in Western India. Its members include various restaurants and smaller Hotels up to 5-Star Deluxe categories. The bulk of its members like any growth economy are made up of restaurants and budget hotels. With membership base spread across Western India, HRAWI covers Maharashtra, Gujarat, Madhya Pradesh, Chhattisgarh, Goa and the Union Territories of Daman, Diu & Silvassa, and is considered to be the voice of the Hotel Industry. The association is part of the national body of Federation of the Hotels & Restaurants Associations of India (FHRAI), located in New Delhi, which was originally founded in Mumbai in 1950 by the late Mr J.R.D. Tata.