The apps included TikTok and WeChat was a fallout of geo-political tensions with China that led New Delhi to block the app along with 58 other Chinese apps over security and privacy concerns.

In a press release, the government said the applications are engaged in activities “prejudicial to sovereignty and integrity of India, defense of India, the security of the state and public order.” The ban was imposed under Section 69A of the Information Technology Act read with relevant provisions of the Information Technology (Procedure and Safeguards for Blocking of Access of Information by Public) Rules 2009, it said. The Indian Government cited complaints about data of Indian users being transferred abroad without authorization.

The move came out as a blow to China’s Digital Silk Route ambitions, eroding the valuation of the companies. It also leads to more countries following India’s cue and acting against these apps.

The rise and fall of TikTok 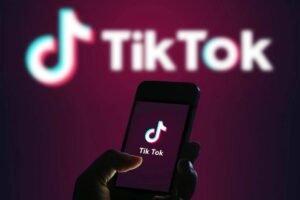 One of the key markets for TikTokwas India — which contributed to 41.6% of the app’s new users in February 2019. Every four in 10 people in India who have smartphones hadTikTok installed on their phones.

Social media never fails to surprise. Just when you think one platform has managed to monopolize the space, the landscape shifts as another emerges almost out of nowhere and becomes a more prominent player

A tale of two apps

Musical.ly, the app that became popular among digital natives because of its novelty value and easy-to-use video creation interface was the original incarnation of TikTok

Musical.ly, founded in 2014 enjoyed a good run on play store and user adoption. Musical.ly exploded overnight and reached number one in the iTunes app charts, on July 6th, 2015.

In 2016, Chinese tech company Bytedance launched a version of Musical.ly known as Douyin to the Chinese market before introducing it overseas as TikTok in 2017. Bytedance bought and incorporated Musical.ly by understanding the platform’s potential, particularly among young digital natives, and it became the version of TikTok we know today.

However, the app couldn’t sustain the same popularity throughout. TikTok has been under the fire ever since Youtube removed Carry Minati video roasting Amir Siddiqui for his content on the short-video platform. The controversy on Faisal Siddiqui’s acid attack video made the situation even worse.

A large number of people in India called for a ban on TikTok as they believe it used to promote violence, crime and pornography.

Downloads of the ByteDance-owned app fell from 35.7 million to 17 million, Between March and May.

Two of the primary reasons behind the decline were anti-China sentiments in the country followed by arguments to ban the app on the Google Play store.

Microsoft in talks to acquire TikTok 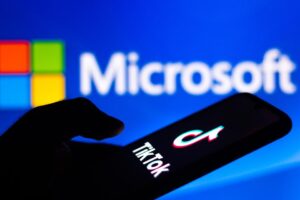 However, Microsoft has revealed that it currently in talks to buy the U.S. operations of TikTok, the popular online video sharing application which was banned by the U.S. government last week due to privacy concern and ties to the Chinese state. Although there are a lot of unknowns at the moment, purchasing the app could be a bold yet potentially lucrative bet for Microsoft, which has largely pivoted to enterprise software and cloud computing over the last few years.

So why exactly does Reliance jio wants to buy the online video sharing app? 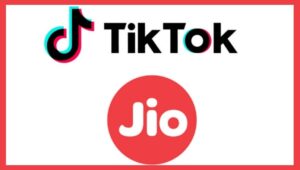 An investment in TikTok could help Reliance, the most valuable firm in India to make deeper connections with consumers. The telecom venture Jio Platforms is operated by the oil-to-retails giant Reliance.

Even though Reliance Jio Platforms managed to get nearly 400 million subscribers in India in less than four years of its existence, its consumer-facing apps is still struggling to replicate that appeal.

Doubling Down On Digital Advertising Market

Expanding by about 16% in 2019, The online ad market is growing fast. While growth is likely to slow this year, the market could rebound strongly in 2021, with growth projected at about 17%.  By acquiring TikTok, Reliance jio could have a shot at becoming a meaningful player in the digital advertising space – taking on the likes of Facebook and Google.

COVID-19: How the Market Went From Recession To Rally in 4 months
Apple plans to bring bundled ‘Apple One’ subscription plan
Comment