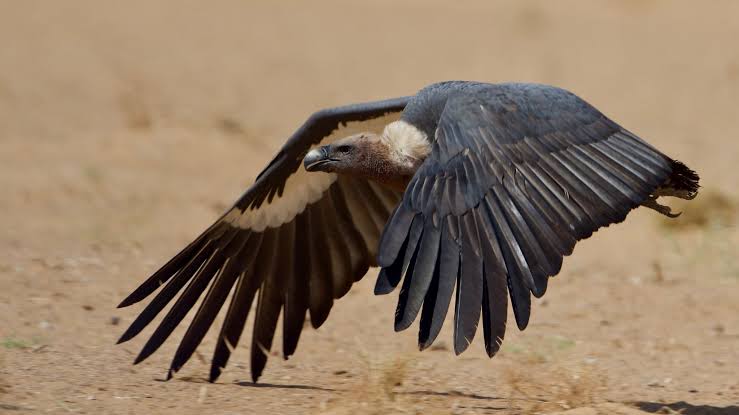 Human intervention has left no place, no arena in the world untouched with its essence.

We have been trying for so long to correct and simplify a few things around us but so often than not, we end up introducing further complexities to the very driving mechanisms of Nature.

Diclofenac: a drug, Non-steroidal anti-inflammatory drug (NSAID) that is used to relieve pain, swelling and stiffness in humans and cattle is known to trigger off a reason for the decline of Vultures.

Although various threats responsible for hitting Vultures include persecution, poisoning, electrocution, habitat loss and decline in food availability but Researchers have expressed concerns since time immemorial, over an indiscriminate use of the anti-inflammatory drug diclofenac in cattle.

The Indian vulture or Gyps Indicus, is native to India, Pakistan and Nepal but since 2002, It has been accorded a place as “Critically Endangered” on the IUCN Red List.
Earlier commonly found in Central or peninsular India, now is an extreme rarity and is preserved against the race of extinction.

There have been nine recorded species of vultures found in India — the Oriental white-backed, long-billed, slender-billed, Himalayan, red-headed, Egyptian, bearded, cinereous and the Eurasian Griffon.

A sharp decline in the population of vultures in the country is observed, falling from 40 million to 19,000 in a brief span of over three decades.

While the numbers of red-headed vultures declined by 91% and the Egyptian vultures by 80%, most of them have suffered a 99%–97% population decrease in entirety across the Indian Subcontinent.

Between 2000-2007 annual decline rates of this species have averaged over sixteen percent.

Gravity of the problem:

Diclofenac directly impacts and induces kidney failure in several species of vultures when they feed off the carcases of animals been administered with the drug during last moments of their lives.

Such toxic feeding results in uric acid accumulation in the birds’ blood and crystallizing around their internal organs—a condition called visceral gout. 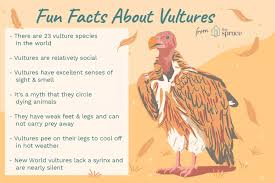 According to Minister of Environment Mr. Javadekar, “Just 0.4-0.7 per cent of animal carcasses contaminated with diclofenac was sufficient to decimate 99 per cent of vulture populations”.

A Conservation Scientist associated with University of Cambridge said: “You can almost liken it to the rather macabre game of Russian roulette.
Vultures eat about every three days on average, so that’s 120 days a year — and so that’s like 120 pulls of the trigger.”

Realising the cause, In March 2006 GOI along with the Drug Controller General of India DGCI announced its support for a ban on the veterinary use of diclofenac.

Another drug, Meloxicam, has been found to be harmless to vultures and appeared an acceptable escape from diclofenac uses.
However the ban has still not helped in controlling it’s use and distribution but there lies an optimism that if Meloxicam’s production is increased, it will be as cheap and popular as diclofenac.

How do Vultures help Environment:

They are scavengers i.e. they feed on dead and decayed flesh left off undisposed.

Vultures keep a check on population of animals like rodents and stray dogs those tend to increase otherwise, leading to the spread of rabies.

As Nature’s cleanup crew, Vultures do the dirty work of cleaning up the dead, serving the ecosystems to be healthy and cleaner. This facilitates the work of Decomposers who further help to breakdown available minerals to usable forms.

For several centuries Vultures in India have been providing a crucial ecosystem service for the Parsi people fulfilling their afterlife traditions.

Breaking the pollution chains: performing such activities, Vultures eliminate the time and resource for the required treatment and incineration of thousands of tons of animal remains every year.

This potentially saves millions of dollars in waste management and aids in prevention of carbon emissions.

Vultures balance off the ecosystems in which they live. Their disappearance from the mountainous habitats can shake the entire ecosystems.

Attempts to save the Angel-eyed Bird:

2014 the Saving Asia’s Vultures from Extinction (Save) programme to start releasing captive-bred birds into the wild.

As a result, Two captive Himalayan griffons were released in June, 2016 from Jatayu Wildlife Sanctuary, Pinjore.

Vulture Conservation Breeding Centres (VCBCs) and a buffer of 100kms radius has been created— one each in Uttar Pradesh, Tripura, Maharashtra, Karnataka and Tamil Nadu.

Four proposed rescue centres in different geographical areas like Pinjore in the north, Bhopal in central India, Guwahati in Northeast and Hyderabad in South India.

A Vulture Action Plan 2020-25 by MOEFCC for the conservation of vultures in the country, approved by NBWL.

Regular surveys are carried out mainly for the three species of critically endangered resident Gyps vultures.

Central Zoo Authority (CZA) and Bombay Natural History Society (BNHS) have joined hands for Vulture Conservation Breeding Programme, which has been successful as three critically-endangered species bred in captivity for the first time.

Eight centres have been established and, so far, 396 vultures of the three species have successfully fledged.

Vulture Safe Zones have been created eight different places in the country where there were extant populations of vultures, including two in Uttar Pradesh.

An area can be declared a ‘Vulture Safe Zone‘ only when no toxic drugs are found in undercover pharmacy and cattle carcass surveys, for two consecutive years, and the vulture populations are stable and not declining.

A centrally sponsored scheme – Development of Wildlife Habitats also works in this regard.

Between 2016 and 2019, the government had released a corpus amount of ₹12.53 crore for vulture conservation to five States – Punjab, Haryana, Kerala, Uttarakhand and West Bengal.

Several projects by different states are undertaken like ‘Assessing the Safety to Vulture (Gyps) of Non-Steroidal Anti-inflammatory Drugs (NSAIDs) in Veterinary Use in India’ if UP.

Vulture Restaurants: tested diclofenac free carcasses are served for the vultures to feed on every 20 to 30 days.

From these concerted efforts, now the number of Vultures in these VCBCs are 700.

It has become our imperative to “manage our carcass dumps and make sure that poisoned carcasses are not dumped for the vultures to feed on”.

Vultures may be recognised by their ‘ugliness’ as through a Naturalist Charles Darwin or as a saviour in Indian mythological epic Ramayana where the vultures king Jatayu sacrificed himself while saving Sita from the clutches of Ravana.

They definitely are the true servants of Mother Nature, conserving vultures mean aiding the other wildlife forms to sustain as well.

800 Turtles were smothered to death in Odisha, what can be done about it?
Saving Great Indian Bustard: First bird from Indian Subcontinent most likely to go extinct in the 21st century