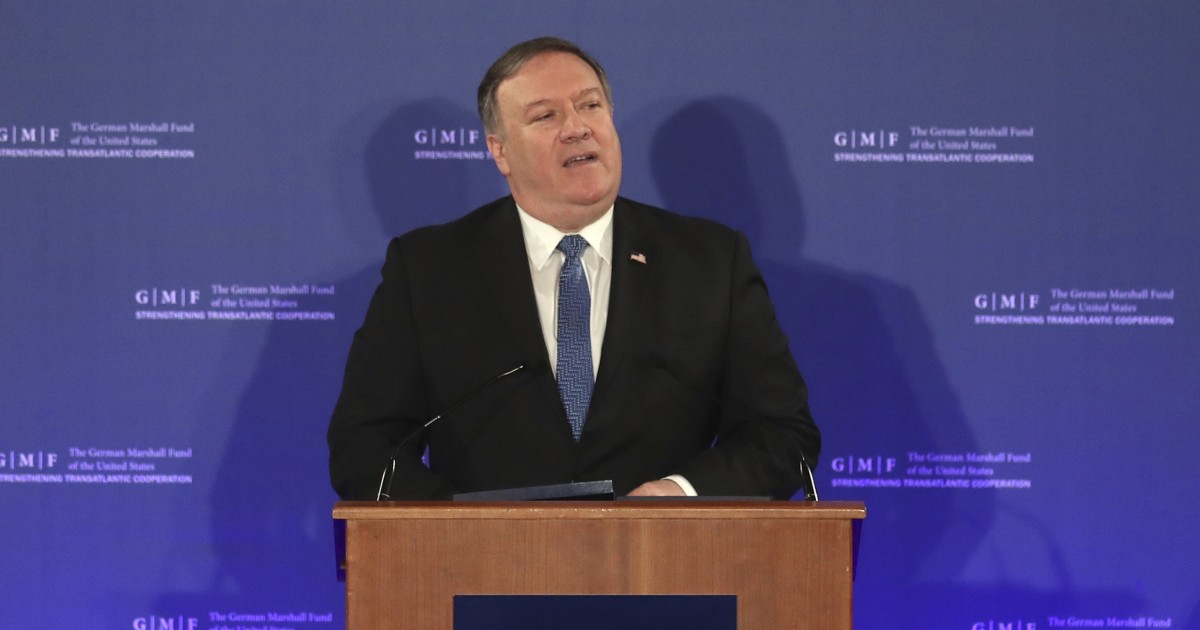 The United States President Donald trump on Tuesday, promised to launch a new ‘liberal’ world order through which Washington will be able to jettison or strengthen its international agreements, as it further sees determine to stop “bad actors” countries such as China, Iran and Russia from gaining.

A twist has been made on Trump’s “America First” policy. The US secretary of state Mike Pompeo explained the new world order that Trump is not trying to abandon its functioning global leadership but however, it is trying to reshape the post-World War two system with regards to sovereign states and not multilateral institutions,

While delivering his foreign policy speech, Pompeo told diplomats and officials, “In the finest traditions of our great democracy, we are rallying the noble nations to build a new liberal order that prevents war and achieves greater prosperity.”

Pompeo said, “We are acting to preserve, protect, and advance an open, just, transparent and free world of sovereign states.” Pompeo further claimed that it was an example of ‘the poisoned fruit of American retreat’ which China has benefited from the recent trade and agreements led by US system.

Chinese foreign minister spokesperson Geng Shuang said the statement delivered by Pompeo “did not accord with the spirit” of G20 summit meeting, held in Argentina, where Trump had a meeting with Chinese President Xi Jinping.

Geng said, “I don’t know for what purpose someone would applaud then and now say something like this.” Gend referred to the Trump and Jinping’s agreement to trade war ceasefire at the G20 summit meeting.

Geng claimed the US “”flies the flag of America First, and wields the baton of protectionism and unilateralism” as China is one of the important nation to contribute to multilateralism, global economic development and the international rule-based order.

‘I am telling the president not to act like Hitler’, Ranil Wickremesinghe likens Maithripala Sirisena to ‘hitler’
20 Rohingya refugees flee at Indonesian Island from Myanmar, seeking refuge
Comment