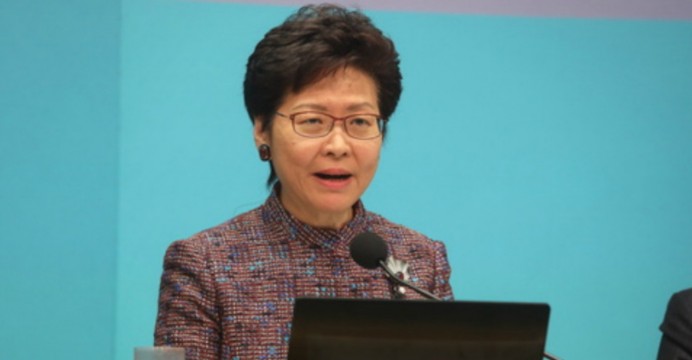 Hong Kong, Sep 3: Hong Kong leader Carrie Lam said on Monday she has never tendered the Chinese government to let her step down to put an end to city largest political crisis in decades, responding to a leaked audiotape by Reuters suggesting she would resign if she wanted to.

Addressing a media conference in Hong Kong, Lam said she had “never tendered any resignation” to the government of China.

“The reason I didn’t tender my resignation is that I think I can lead my team to help Hong Kong to walk out from this dilemma. I still have the confidence to do this, so a contradiction that I really want to quit but I cannot quit does not exist.”

According to Reuters, Lam told a televised media conference China believe her government could resolve the crisis in the city, carrying out from last three months against a controversial extradition bill that would permit suspects in Hong Kong to sent to mainland China for court prosecution, without any Chinese military or diplomatic intervention.

On Tuesday, Lam said she was not happy that information leading to her closed-door private meeting were disclosed or leaked.

Hong Kong university and school students are due on Tuesday to boycott their classes and join the pro-democracy rallies for the second consecutive day.

A spokesperson for China’s Hong Kong and Macau Affairs Office is expected to interact with media and brief them over the pertaining situation at around 3 pm in Hong Kong.