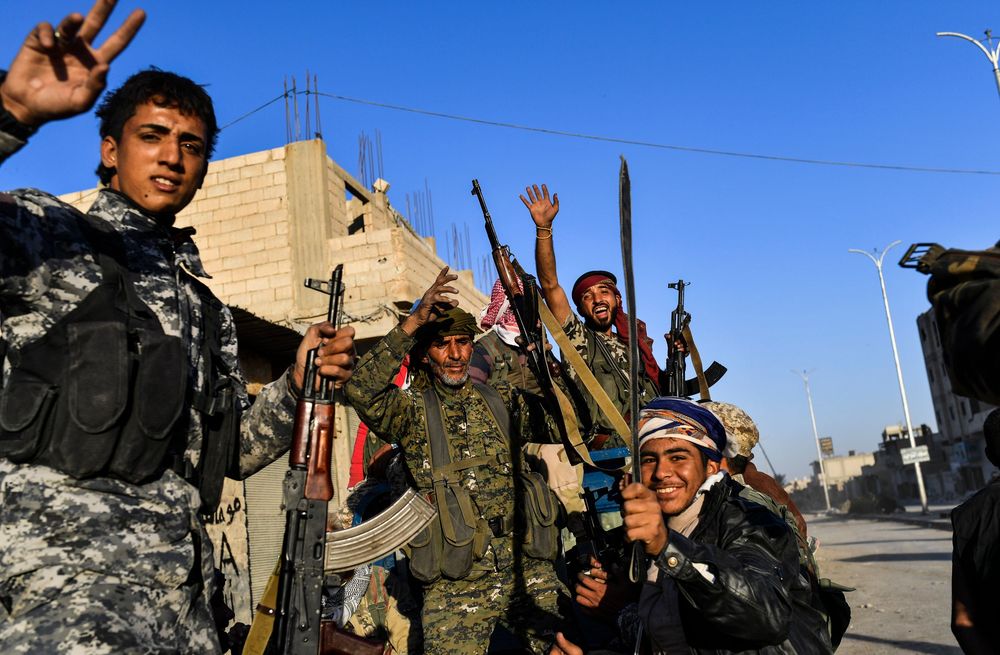 The Syrian Democratic Forces (SDF), backed by the United States, has confirmed on Saturday it has finally defeated the Islamic State fighters as it has lost its “caliphate” in Syria.

According to BBC news reports, the SDF spokesperson, Mustafa Bali, declared the  “100% territorial defeat” of ISIS.

The US-backed Kurdish-led SDF fighters began its final assault on the IS at the beginning of March, with some militants holed up in the village of Baghouz in eastern Syria.

The alliance was told to slow its offensive operations after it emerged that numerous civilians including women and children were also there sheltering inside buildings, tunnels and tents.

Bali added saying, “On this unique day, we commemorate thousands of martyrs whose efforts made the victory possible.”

The SDF fighters have been waving yellow flags in Baghouz area to celebrate the victory over ISIS in Syria.

Yesterday, the White House has on Friday claimed it has completely defeated the ISIS in Syria and declared victory.