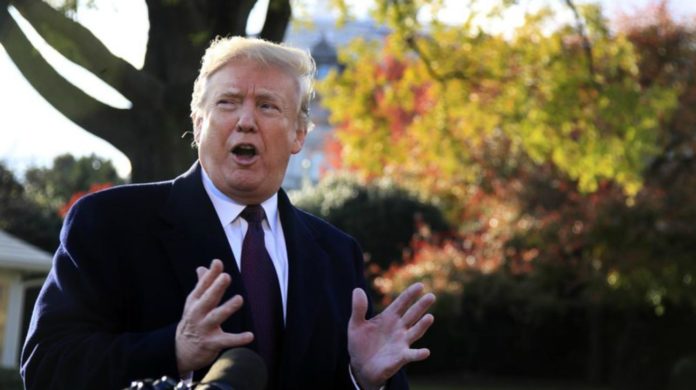 Washington DC, August 2: United States President Donald Trump has on Thursday reiterated his offer to play a role as a mediator between Pakistan and India over the Kashmir issue but adding it was up to both the nations to decided whether to allow Washington mediate and that he was prepared to support if both the neighbouring nations wanted him to resolve the issue.

According to ANI news reports, Trump’s statement comes a few days after his comments on this matter caused havoc in New Delhi. He had claimed Prime Minister Narendra Modi had invited him as a mediator between India and Pakistan to solve the Kashmir issue.

However, India strongly denied such a request by Modi to Trump was ever made and clarified Kashmir issue was a bilateral matter only between Islamabad and New Delhi.

On the mediation offer, the US President said, “It is really up to PM Modi. And I met with Prime Minister Imran Khan; I got along great. I think they are fantastic people, Khan and Modi. I mean I would imagine they can get along very well,” while replying to a query on India declining his offer.

He added, “If I can — if they wanted me to, I would certainly intervene. If they wanted somebody to intervene or to help them … and I spoke with Pakistan about that, and I spoke, frankly, to Indian about it. But that’s been going on, that battle, for a long time.