The Indian Wire » World » Ukraine under the threat of a ‘full-scale war’ with Russian Federation, warns Ukrainian President 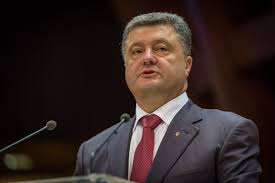 Ukrainian President Petro Poroshenko on Wednesday, claimed that the country is under the “threat of a full-scale war” with the Russian Federation and said as the tensions has increased between the ex-Soviet neighbours, the Russian military presence had sharply increased on their shared border.

According to news report, Poroshenko said, “I don’t want anyone to think this is fun and games. Ukraine is under the threat of a full-scale war with the Russian Federation.”

Poroshenko also warned about the drastic developments, sea could herald, due to the clashes at sea border Russia-Ukraine.

Poroshenko vowed to “struggle by all possible means” to bring back their Ukrainian sailors that have been imprisoned by Russia, during the time of skirmish on November 25, at Kerch Strait.

His statement comes ahead of 12 Ukrainian sailors been taken to pre-trail detention in Simferopol, Crimea, by the court for two months and after three Kiev;s ships were being seized by the Russian forces off the coast of Crimea, on Sunday.

Talking of western allies supporting Ukrainian enforcement of the material law, Poroshenko said, “We see absolute support and understanding of the decision made by the Military Cabinet, the National Security and Defence Council, the President, and the Verkhovna Rada.”

China terms India’s ambition to replace it as ‘a pie in the sky’ in industrial capabilities
Sushma Swaraj: “No Dialogue” between India and Pak; PM won’t attend SAARC
Comment