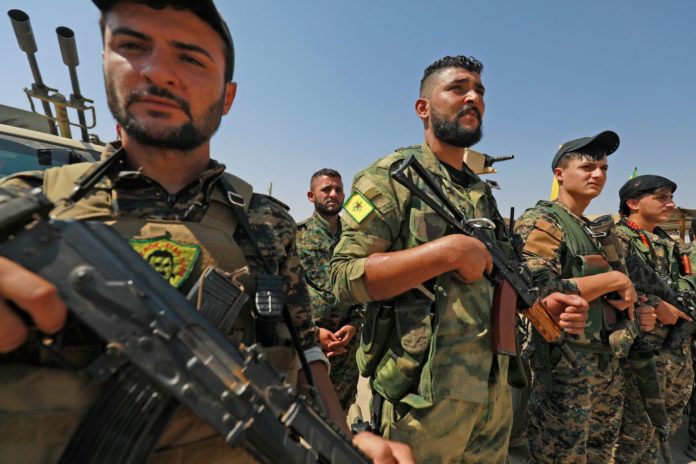 Beirut, Oct 7: The Kurdish-led Syrian Democratic Forces (SDF) said on Monday American armed forces have withdrawn from the northeast Syria borders region along Turkey, as they failed to fulfil their obligations under the reached agreement.

The United States-backed Kurdish forces, which has seized much of the northeast region, said in a statement: “The American forces did not fulfill their commitments and withdrew their forces from the border areas with Turkey, and Turkey is now preparing for an invasion operation of northern and eastern Syria.”

The White House has on Sunday said Turkey is prepared to invade Syria with the United States withdrawing its stationed armed troops from the “immediate” region.

The development comes following a telephonic conversation between US President Donald Trump and his Turkish counterpart Recep Tayyip Erdogan on Sunday,

The White House also confirmed Ankara would attempt to take ownership of all seized Islamic State (ISIS) fighters from the past two years.

Turkish media has also reported Erdogan and Trump contested to hold a bilateral meeting at the White House in November, though the statement did not mention in its statement.

Turkey’s foreign minister Melvut Cavusoglu has on Thursday said Ankara does not buy what the US claims “progress” in establishing a “safe zone” in northeast Syria, adding Washington’s endeavours to create a safe zone will yield no outcome and that Turkey is prepared to take action itself.