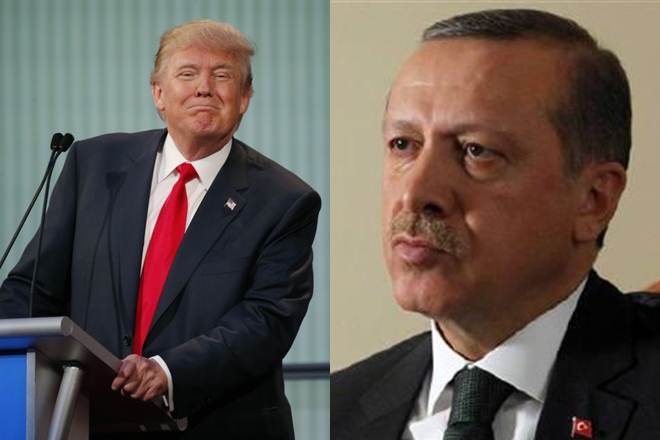 Washington DC, May 23: The United States has on Wednesday cautioned Turkey will have to face “very real and very negative consequences” if it finalizes its purchase deal with Russia for S-400s missile defence system.

According to ANI news reports, in an officials statement, the US state department said, “We have said that the S-400 defence system, the acquisition of that would have serious consequences for the US and NATO’s defence relationship with Turkey.”

The statement added, “We’re clearly willing to engage with them and have continued to engage regarding our concerns on this acquisition, but there will be very real and very negative consequences if that happens.”

Turkey has reiterated its refusal to US ultimatums for not buying Russian S-400s and instead buy American Patriot system. However, Dmitry Peskov, the spokesperson for Kremlin, has on Wednesday condemned the US ultimatum by terming the move as “unacceptable”, as per Sputnik news reports.

Last Saturday, Turkish President Recep Tayyip Erdogan told Al-Jazeera the S-400s purchase deal with Russia is already done and that it was not reversible.

Erdogan was quoted as saying, “There is absolutely no question of Turkey taking a step back from the S-400 purchase. That is a done deal.”

Earlier, Eric Pahon, the Pentagon spokesperson, has said Washington considers Moscow’s deal with Ankara as a “strategic trick” of Russia to disconnect Turkey from its western allies. However, Ankara has indicated it won’t go back on its deal, regardless of Washington decision.

Kremlin has on Wednesday condemned the United States threat to abolish Turkey from a program creating F-35 multi-role fighters because of its deal to purchase Russian S-400 missile defense system, stating such ultimatums by the US is “unacceptable”.

Kremlin condemnation comes hours after Ankara stated it was preparing for possing US sanctions on the nation over its deal to buy Russian missile defense system.