Ofcourse, it is not the first car in the entire Hyundai lineup to get an N-badging. Earlier, the majority of hatchbacks including i20, Veloster and i30 among others have received a similar treatment. So why was this debut so important? Well, Hyundai Kona is the first crossover to get a performance-oriented variant.

So, we can even predict that the upcoming N-badged cars could be SUVs and sedans as well. Interestingly, Hyundai has announced that the Korean carmaker will introduce around 18 new models by the fourth quarter of 2022.

Hyundai Creta N-Line coming soon? Or is it the Verna that will be available with N or N-Line badging? To be very frank, maybe. But for now, feast your eyes on the all-new Hyundai Kona N.

On the outside, Kona N comes with redesigned bumpers, large air intakes and 19-inch alloy wheels to name a few. Further, at the back, it is also available with a dual-wing roof spoiler and dual exhaust tips for a sporty look. Surprisingly, Hyundai has introduced the all-new Sonic Blue shade for the Kona N. However, the company is also expected to use the same on the upcoming performance-oriented SUVs as well.

On the mechanical front, the all-new Hyundai Kona N runs on Pirelli P Zero rubbers. Also, the carmaker has added new brakes for improved stopping power. Apart from this, Kona N will also get an electronic limited-slip differential for enhanced stability at the corners.

Inside the cabin, it comes equipped with multiple N specific elements. To start with, there are two N buttons that can be customised according to the requirement. Also, several N branding on the seats, gear knob and handbrake are common inside. The Korean brand has also introduced a large 10-inch touchscreen display that is now customised to show performance details as well.

Under the hood, a 2.0-litre four-cylinder turbocharged that is truly capable of producing 280HP and 392Nm of torque powers the Hyundai Kona N. For now, it is only available with an 8-speed DCT gearbox. Performance-wise, the all-new crossover is capable of doing a 0-100kmph sprint in just 5.5 seconds while using the launch control. The top speed from the same remains at 240kmph.

Globally, the all-new Hyundai Kona N will compete against the likes of Ford Puma ST. Want to know more about its rival? Here are the details.

Ford has recently revealed the all-new Puma ST. In terms of looks, the all-new crossover looks absolutely stunning. However, the ST version is all about performance? So talking about the looks make sense. A big no. For now, Puma ST comes with a 1.5-litre three-cylinder EcoBoost engine. Talking in numbers, it is truly capable of producing 197HP and 320Nm of torque. This way, it can easily do a 0-100 kmph in just 6.7 seconds. 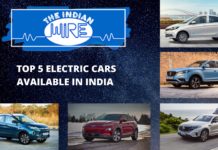 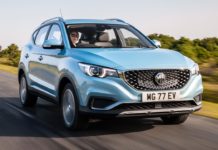 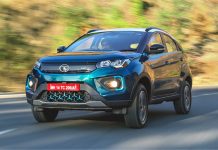