Amazon founder and current CEO, Jeff Bezos will step down from his role as CEO according to a letter written to employees Tuesday, Bezos in the heartwarming communication writes-

This journey began some 27 years ago. amazon was only an idea, and it had no name. the question I was asked most frequently at that time was, ‘what’s the internet?’… today we employ 1.3 million talented, dedicated people, serve hundreds of millions of customers and businesses, and are widely recognized as one of the most successful companies in the world.

Bezos’s has been occupying the position of Amazon’s CEO since he founded it in 1995. Overseeing its growth from an online bookseller to a multi-trillion dollar global juggernaut has turned Bezos into one of the world’s richest individuals. The person taking over the reins of the company, Jassy has been an employee since 1997 and currently heads Amazon’s most profitable venture, Amazon Web Services.

This news was coupled with the publication of Amazon’s Q4 earnings report which managed to smash through Wall Street’s projections in terms of both sales and profits setting an example for industry leadership even during a global pandemic.

The reactionary impact of this news was visible as AMZN has seen a 1.11% increase in stock prices which is slated to go higher as the news came after market closing hours. In terms of quarterly achievements, Amazon’s quarterly net sales touched an impressive $125.6 Billion in stark constract with Wall Street’s projection of $119.7 Billion. At the same time, net income for Q4 has hit $7.2 Billion which is almost double the $3.7 Billion Wall Street prediction and more than double the $3.3 Billion in income the company posted in Q4 FY2019.

One can however accrue that the reason why the numbers look so good on amazon’s book is because this quarterly results include sales from Prime Day which was held from October 13th to October 14th after being postponed from its usual summer time due to the pandemic. This is also reflective of the market trend going forward given that as demand for online shopping rose under the wake of Covid-19, it contributed to a 57% Year over year growth in Amazon’s net sales totaling more than $37.5 Billion for international sales.

The consequent appointment of the next CEO, Andy Jassy seems to be based on merit above all else as signified by the staggering 28% growth enjoyed by Amazon Web Services amounting to more than $12.7 Billion. Amazon attributes this growth to “Significant customer momentum” as further demonstrated by the onboarding and migration to the cloud service by industry giants such as JPMorgan Chase, Twitter, Mtro-Goldwyn-Mayer which just so happens to be Amazon Video’s competitor. AWS’s growth can be further established by an annual revenue count of more than $45 Billion and operating income of $13.5 Billion.

Will Amazon see the same unhindered growth under the leadership of it’s new CEO Andy Jassy as well? To be honest, it does seem that Jassy has an eye for predicting market requirements as he singlehandedly brought about the cloud revolution to the mass market and no matter what, Amazon’s insane global expansion is indeed funded by AWS’s very high margins. The transition indicates a shift in the core operational philosophy for the company and the trend will just continue down the path it is going. 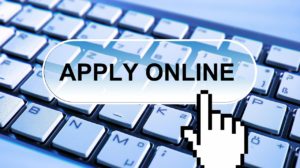 Google threatens to disable search engine in Australia
Banks wrote off Rs. 62,000 crore worth of loans of willful defaulters: RBI