New Delhi, July 4 (IANS) Coercive tactics were used aggressively by the erstwhile rogue management of embattled IL&FS group as reported by IANS recently. At the vanguard of this malaise were Ravi Parthasarthy and Arun Saha who used their heft to arm twist malleable rating agencies for delaying or changing debt ratings of the group and its subsidiaries. The top secret and exhaustive 787 page SFIO report now in possession of IANS reveals this sinister tactic and much more in extensive detail.

The brazen email trail confirms the extent of malfeasance which ran rampant in the top echelons of IL&FS management which tried every trick in the book to keep the cosy cabal afloat by currying favours and using bulldozing and browbeating tactics.

The overarching investigation has revealed that Arun K. Saha, the former JMD of IL&FS, threatened to discontinue business to the rating agencies if they gave unfavourable ratings. The group was enjoying “AAA” — the highest credit rating — until August 2018, just before one of its subsidiaries, IL&FS Transportation Network Ltd, defaulted on its payment obligations and took the Titanic down with it.

The report accessed by IANS states: “Primary investigation reveals that Ravi Parthasarathi and Arun K. Saha met rating agency ICRA’s MD Naresh Thakkar to convince him to delay the rating results. The rating agencies had deferred plans to downgrade group subsidiaries twice in 2015 as well as in 2018.”

Further, a shocking revelation emerges. SFIO has a copy of a mail from Saha to Parthasarthy: “Rating surveillance is going on and the prognosis is not good. They had taken up to their committee and came back with their plan for a downgrade with negative outlook from stable outlook at present. A meeting with you and Naresh (Thakkar, now discredited ICRA boss who has been sent on compulsory leave for this misdemeanour) in this connection would be helpful in this regard.”

The report said that on May 4, 2018, ICRA’s chief rating officer Anjan Ghosh had spoken to Saha over phone about the immediate downgrade of ITNL’s debt. However, ICRA did not release the report after Ravi Parthasarthy’s discussion with Naresh Thakkar.

As recently as on May 8, 2018, one of Saha’s juniors dashed off a mail to him regarding a call between investors in IL&FS… and the ratings agencies. The mail said: “Kotak has just informed me that some investors of IFIN will be placing call with rating agencies today so if there are any concerns on IFIN or IL&FS or overall group. Request that we handle the matter appropriately through our relationship with rating agencies.”

To this, Saha responded: “Have already spoken to CARE and India Ratings and they are fully briefed to handle investors’ queries.” This is indefensible.

Non-Convertible Debenture of IFIN worth Rs 4,800 crore was first downgraded by CARE on August 16, 2018. ICRA downgraded the paper on September 8, 2018. Strangely, just a month earlier, ICRA had reaffirmed its “A1+” rating on commercial paper, but cut the rating on downgrades long terms loans and debenture from “AAA” to “AA” positive. Shockingly, the rating agency praised the track record and prudent approach of the management.

After ICRA downgraded the rating of ITNL from “A” to “A negative”, on May 4, Arun K. Saha discussed the matter with Ravi Parthasarthy over mail. In response on May 5, Parthasarthy wrote: “Spoken to Naresh and criticised them for jumping the gun without account being reviewed, status on claims understood.” 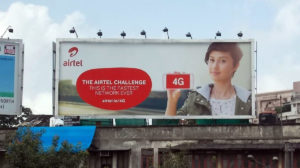 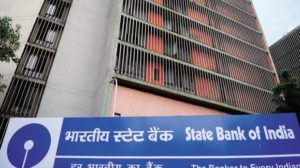 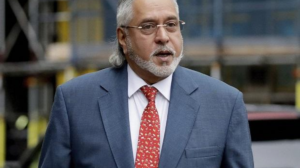 Vijay Mallya; Under seige businessman may seek political asylum in the UK