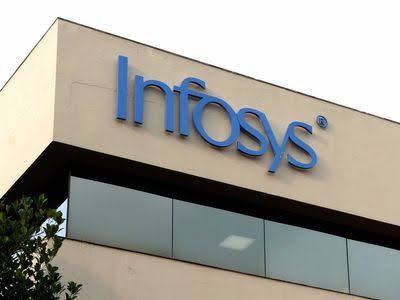 Infosys shares price surged following it generating revenue more than expected. Infosys shares value increased by as much as 15% to ₹952 on BSE. Its investors’ wealth increased by about ₹50,000 crores in the first hour of trade on BSE. Infosys on July,15 reported an 11.4% increase in quarterly net profits, winning the tenders of large client deals despite the Pandemic.

Infosys reported a net profit of ₹4,233 crores for the quarter ending June 30 which is ₹3,798 crores more than year-on-year basis profit. It secured deals worth $1.74 billion during the period which is $1.65 billion higher than previous quarter deals reported. The company said, “deals worth $1.74 billion during the period, higher than the $1.65 billion reported in the previous quarter”.

Chief Executive of Infosys, Salil Parekh said, “Our Q1 results, especially growth, are a clear testimony to the relevance of our service offerings and deep understanding of clients’ business priorities which is resonating with them in these times”.

According to analysts, “the firm’s ability to sign lucrative deals enabled it to weather the quarter with relative success”.

Domestic brokerage Edelweiss has raised its target price on Infosys to ₹1,080, from ₹950 earlier and said, “Infosys’s results beat estimates substantially (revenue/margins), but the key positive is the reiteration of revenue guidance growth of 0–2% (CC) for FY21. We believe Indian IT is at the bottom of a tech upcycle as explosion of digital activity is catalysing transformation of core, cloud adoption and build-up of digital capabilities”.

Brokerage firm Motilal Oswal also increased its target price on Infosys to ₹1,050 and said, “The company’s absolute and relative performance (v/s TCS and Wipro) during the quarter is indicative of some of the investments made in the previous years now paying off. As the COVID-19-led disruption eases, we expect further expansion in margins as investments stabilize and back-ended productivity benefits kick in. We expect Infosys to be a key beneficiary in terms of recovery in IT spends in FY22”.