JSW Steel Limited announced its quarterly earnings report on Friday for the three months ending June 30, 22. It posted an 85.8 percent year-on-year fall in consolidated net profit to Rs 838 crore from Rs 5,904 crore a year ago.

On a sequential basis, net profit plummeted 74 percent from Rs 3,234 crore. After adjusting exceptional expenses of Rs 741 crore, the consolidated profit came in at Rs 3,975 crore for the June quarter.

“During the reported quarter, high inflation across major economies on the back of supply chain disruptions and the Russia-Ukraine conflict had impacted the global economic outlook,” the company said in its earnings release.

“High inflation and policy rate tightening across the world have become formidable headwinds”.

The company said the domestic steel industry was not untouched by falling global prices and the imposition of a 15 percent duty on certain steel exports in May further rubbed salt on the wounds with a decline of 26 percent in exports QoQ.

“The export duty on steel products is expected to be a temporary measure to contain inflation and may be removed once inflation cools down. Inherent demand from auto and construction and infrastructure segments remain strong that should support overall steel consumption during FY23,” JSW Steel said in a statement.

The company reported an EBITDA (earnings before interest, tax, depreciation, and amortization) of Rs 4,309 crore, down 58 percent from Rs 10,274 crore a year ago. Sequentially, the EBITDA fell 53 percent. The rising cost of raw materials, power, and fuel dampened the margins.

EBITDA margins, therefore, came in at 11 percent in the June quarter, down 25 percent from 36 percent recorded the corresponding quarter last year and 9 percent down from the March quarter.

The net margins fell to 2.2 percent from 20.4 percent during the same period last year and 7.1 percent during the March quarter.
The consolidated India operations of JSW produced 5.72 MT (million tons) of steel in the first quarter with a sales volume of 4.45 MT.
In America, JSW Steel USA sold its entire production of 0.16 MT of steel.

The CAPEX spent in the June-ended quarter was Rs 3,702 crore against the planned spend of Rs 20,000 crore for FY23. “Considering the current market conditions, the company expects to calibrate its CAPEX spend to Rs 15,000 crores for FY23,” it said.

Its expansion projects are going on the lines as planned. Its brownfield expansion at Vijayanagar is expected to be done by the FY24 end, while the downstream projects in Vasind and Tarapur shall mark their end by Q2FY23. 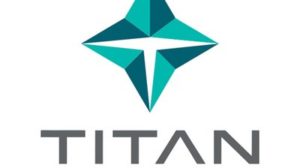 The Commerce and Industry Ministry has announced new Work-from-Home guidelines
Check Earnings Results Of These Banks Before Entering Trade On Monday!
Comment