According to a statement from the US health regulator, Sun Pharma, a major pharmaceutical company is having to recall 747 bottles of generic diabetes drugs in the US due to the possibility of the affected lot containing cancer-causing nitrosodimethylamine (NDMA) above the acceptable intake limit.

According to the latest Enforcement Report from the US Food and Drug Administration (USFDA), the pharmaceutical company, Sun Pharmaceutical Industries is calling back bottles of RIOMET ER (metformin hydrochloride for extended-release oral suspension) from the American markets.

According to the US Food and Drug Administration (USFDA), the company is recalling the bottles of RIOMET ER due to the fact that they have diverged from the current good manufacturing practices (CGMP). They have detected N-nitrosodimethylamine (NDMA) impurity in the finished drug products.

The drug is reported to be manufactured at Sun Pharma’s Mohali-based manufacturing plant. And the drugs are being recalled by its US-based subsidiary. The recall of the drugs was initiated by the pharmaceutical company on the 23rd of September, as per the USFDA report.

RIOMET ER (metformin hydrochloride for extended-release oral suspension), is a prescription oral drug that acts like a supplementary to diet and exercise that improves blood glucose control in adults who are diagnosed with type-2 diabetes mellitus.

After USFDA pointed out the presence of NDMA above permissible limits in the drug, various pharmaceutical companies around the globe have started to recall the product. Before this in July, Lupin and Granules India were seen to recall approximately 9.71 lakh bottles of generic diabetes drug in the US for reasons similar to this.

Although FDA’s testing found higher levels of NDMA in some extended-release (ER) metformin formulation, no such risks were found in the immediate release (IR) formulation or in the active pharmaceutical ingredient.

Based on laboratory tests, NDMA has been classified as a probable human carcinogen. It is also known as a human contaminant and can be found in water and food, including meats, dairy products, and vegetables.

Previously, due to the high contamination of NDMA, in 2018 and again in 2019, various brands of valsartan were recalled. Also in 2019, ranitidine was recalled across the world due to contamination with NDMA.

NDMA, when released to soil, is highly mobile and has the potential to leach into groundwater. Overexposure to NDMA has symptoms like headache, fever, nausea, vomiting, abdominal crunches, enlarged liver, reduced function of the liver, etc. 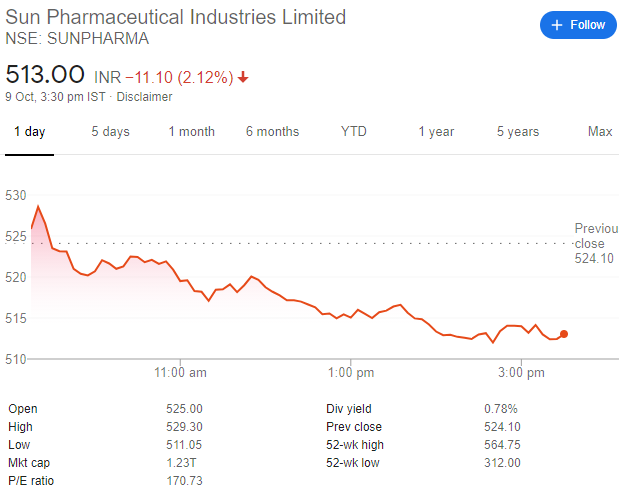 The USFDA also reported that Strides Pharma Inc, which is a unit from Bangaluru based Strides Pharma Science Ltd is also recalling 11,280 bottles of Potassium Chloride extended-release tablets. This recalling is done due to “failed dissolution specifications”. This has also been classified as a Class II recall and it has been initiated by the company on the 24th of August.