India’s largest IT services company, Tata Consultancy Services (TCS)  board will meet on October 7 to contemplate a share buyback recommendation, company’s Board of Directors will consider a proposal for buyback of equity shares of the Company, at its meeting to be held on October 7, 2020,” Tata Consultancy Services (TCS) announced in a regulatory filing. This is the only piece of information available on the buyback plan.

In that meeting, TCS board is also slated to analyse its financial results for the September quarter and announcement of a second interim dividend to the equity shareholders of the company.

What Is a Buyback?

A buyback, also known as a share repurchase, is when a company buys its own outstanding shares to reduce the number of shares available on the open market. Companies buy back shares for a number of reasons, such as to increase the value of remaining shares available by reducing the supply or to prevent other shareholders from taking a controlling stake.

A buyback allows companies to invest in themselves. Reducing the number of shares outstanding on the market increases the proportion of shares owned by investors. A company may feel its shares are undervalued and do a buyback to provide investors with a return. And because the company is bullish on its current operations, a buyback also boosts the proportion of earnings that a share is allocated. This will raise the stock price if the same price-to-earnings (P/E) ratio is maintained.

The share repurchase reduces the number of existing shares, making each worth a greater percentage of the corporation. The stock’s earnings per share (EPS) thus increases while the price-to-earnings ratio (P/E) decreases or the stock price increases. A share repurchase demonstrates to investors that the business has sufficient cash set aside for emergencies and a low probability of economic troubles.

The Mumbai-based company In 2018, had attempted a share buyback programme worth up to ₹16,000 crore. Almost 7.61 crore shares was entailed from the buyback at ₹2,100 per equity share. TCS had declared the mega buyback proposal as part of its long-term capital allocation policy of returning excess cash to shareholders of the company.

TCS in a separate filing explained, in the EPIC Systems Corporation matter, the financial results for the three and six months ended September 30, 2020, it would be providing ₹1,218 crores as an extraordinary aspect.

EPIC In October 2014, had documented a legal lawsuit against TCS in the court of Western District Madison, Wisconsin asserting a violation of Epic’s proprietary manifestation.

TCS added it is lawfully advised that it has the valid and the sharpest possible arguments in its favour and the order and minor damages are not supported by facts presented during the practice. TCS has filed plea aiming re-hearing on both compensatory and punitive damages, In September 2020.

The company said EPIC has also filed a petition seeking a rehearing on the decision of the Appeals Court invalidating award of punitive damages exceeding the number of compensatory damages.

The prerequisite in the books for a legal claim is being made as a matter of discretion. 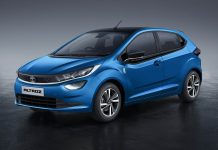 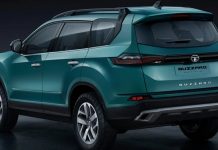 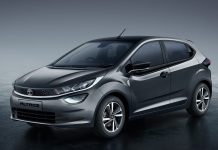