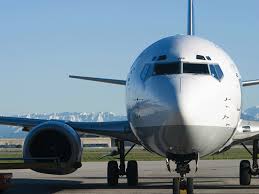 With the pandemic halting the economy to a screeching halt and travel being a thing of the past, one of the industries worst hit by the pandemic has been the aviation industry. The pandemic has resulted global industry wide losses amounting up to $47.7 Billion in 2021 continuing from the net industry loss of $126.4 Billion in 2020. Some of the key factors which played a role in such a death spiral can be enumerated as –

Now, it is no wonder that for as long as the necessary lockdowns will be in place there is little to be expected from the industry recovering. However, let’s take a look at India’s case and a deeper dive into India’s Civil Aviation Industry.

Objectively speaking, India’s civil aviation industry is one of the fastest growing industries in the nation over the course of the past decade. India is currently the world’s third largest domestic aviation market in the world with its passenger traffic counted at a staggering 341.05 Million in 2020 which was arguably not the best year for civil aviation to begin with. With an astounding CAGR of 11.13% during financial year 2016-2020 India’s civil aviation industry is slated to overtake UK’s top market position by 2024.

A positive growth in freight traffic was also observed in the same duration, during FY16 – FY20 freight traffic grew at a staggering CAGR of 5.32% from an already impressive 2.7 Million tonnes to 3.33 Million tonnes. This growth is projected to continue by 7.27% reaching 4.14 Million tonnes by FY2023. All of this growth has also led in aircraft movement growing at a CAGR of 9.56% from 1.6 Million in FY16 to more than 2.5 Millions in FY20. On a similar note, India’s International aircraft movement has also grown by a magnitude of 9.83% amounting to India’s domestic and international aircraft movements growing to reach 2,155 thousand and 433 thousand during FY20 respectively.

The burgeoning middle class cropping up in rapidly rising economies such as China and India are a tectonic shift of unimaginable proportions. This has resulted in a rise in personal disposable income with increasing trade and job creation for the middle income-group. To better harness the product-market fit, we are noticing a seismic shift in the way airlines operate. It is thus a very clear observation that with the right product market fit, India’s aviation industry is practically unstoppable. And I am not the first one to notice it, let’s meet the stake-holders involved in tapping the potential to its fullest.

The Investors and Their Investments

With the government allowing for a 100% FDI under the automatic route in scheduled air transport services, regional air transport services, and domestic scheduled passenger airline, report published by the Department for Promotion of Industry and Internal Trade (DPIIT) FDI inflow in India’s Air Transport Sector has reached a staggering $ 2.78 Billion between 2000 and 2020. This figure is only slated to grow by a staggering magnitude of $5 Billion over the next four years along with increased government spending to the tunes of $1.83 Billion for development of airport infrastructure along with building of essential aviation navigation services by 2026.

When looked at with an optimistic view, we do see that India’s aviation industry is massively untapped with huge opportunities for growth. India’s majority population is still overwhelmingly mobile middle class and that in itself is a huge market to capture. This results in the requirement of the industry stakeholders engaging and collaborating with the policy makers to establish legislations and regulations to boost and not restrict Indias’ aviation industry. With the right measures in place, there no way from stopping India’s civil aviation industry taking off. 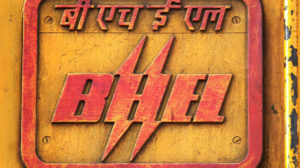 India’s sugar demand falters during peak season due to COVID-19 curbs
Pandemic has household savings jump to 22.5% of GDP: Report