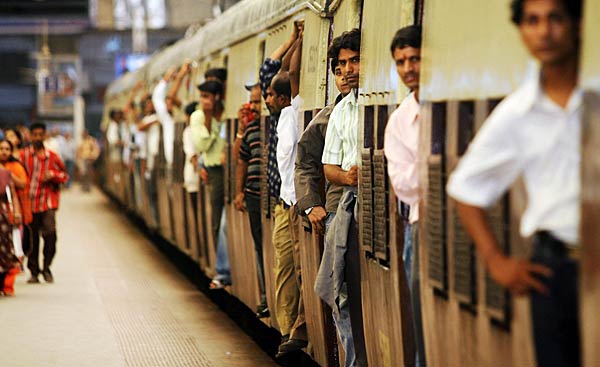 Mumbai has labors, and millionaires; prolific film industries and slums. Mumbai is the fashion capital and a pulse point of religious tension. Mumbai holds possession of paraphernalia that cannot be replicated ever. Find out what delineates and defines Mumbai...

Mumbai has the labourers, and then the millionaires; it has the stray dogs, and the most exotic birds. It has prolific film industries and the world’s largest slums. Mumbai is the fashion capital and a pulse point of religious tension. Mumbai is a world in itself, holding possession of paraphernalia that cannot be replicated ever.

Whether it is the beggar singing in those locals, the staple vada pav, the Anna’s cutting chai, the dabbawalas, a million dollar Ganeshji, the world’s largest Laundromat or the chor bazaar – Mumbai is delineated by each of these. They are what define Mumbai and they make Mumbai what it is today. Net net, they together are Mumbai. They sure will amaze you like they did Bindiya Chotrani.

Cutting
Aromas of cardamom and ginger wafting through air, the hiss of the stove, the jangle of the vessels, a muslin strainer and punters, are all signs that you are near a Chai stall. This one though is the quintessential drink of the Indian masses in a different avatar. At the tapris and by the annas, is just when you know you are having your bambaiya cutting. Whether it is wanting to relieve yourself of all the stress or wanting an accompaniment to your casual conversations, the cutting is just the thing for people from all strata of the society – collegians, corporate officers, laborers.  Team your cutting with a brun maska, or douse your khari into the cutting. We promise you won’t complain.

Chor Bazaar
Pride of the city, market for the thieves, shopper’s utopia, call it what you may, but the chor bazaar is one of a kind. Now, what may not be known is that the place was initially called the shor bazaar, meaning noisy market, but with the Britishers reigning and mispronunciations to their credit the place came to be known as chor bazaar and stayed. Illegal and stolen goods found its way to the market, vindicating the new name of the market. Initially, a market where stolen goods were sold, today Chor Bazaar is full of shops selling some real, but mostly fake antiques, paintings, and knick-knacks.

Raja’s Riches
No, we do not mean ‘king’ in the literal sense. By Raja, we indicate towards the enormous, richest, million dollar Ganeshji. And this Lalbaugcha Raja just keeps getting richer by the year. Every year, hordes of people walk in to the pandal to catch a glimpse of this deity, bow down in front of him with joined hands, either expressing gratitude, or desire. There is more faith in him than there can ever be. And do not be surprised if you come across this king being gifted a car or two. It’s just another devout’s way of expressing his indebtedness. Also, excited cries of ‘ek do teen char – ganpatichya jayjaykar’ rent the air outside Byculla railway station on as Hindu and Muslim residents of the area come out to welcome or bid adieu to Lalbaugcha Raja.

Dhobi Talao
The World’s largest Laundromat, more fondly called as the dhobi talao is famed enough so as to have a movie accredited to its name. The place, though, is a lot more than just ghats for washing dirty linen. A little knot of commerce and convenience, the dhobi talao is one of those places in our city that is very low on the Lodha list of sites for the next “luxury apartments”. Please choose to walk, because a car here is a big abomination, unless it is a delivery tempo. People conduct business on the street, residents recognise their neighbours, and vendors get excited about new faces at their stores. Anything you need for a fully functioning, but traditional, kitchen is available here and you will find kirana shops are under every building. Dhobi Talao Market’s topography may be changing, but its attitude is not. It is still a place to walk around if you want to see Bombay, not Mumbai and needs to be preserved as a place to eat, pray, and learn. We may have other pockets like these in Mumbai, Bhuleshwar and Matunga market for example, but none as peaceful as Dhobi Talao’s maze.

Living on the fast track
Managing to board a Virar local, having a window seat to yourself during peak hours, are nothing less of fighting a world war. All the physical exertion that you undergo when boarding onto a train, sure will be compensated when it’s time to board off, with you making minimal or no efforts. Now if you know what we mean. Bulky, well-built or lanky, does not matter when occupying the fourth seat in a Mumbai local. And with all those cuss words you hurl at the Mumbai locals, you sure have one thing to be thankful for to the trains. Late for college/office, blame it on the locals, and you’ll be excused.

The perennial Plate
Imagine having to pick up food from mothers and wives and then delivering those just right on time – in the centre of a city where traffic is regularly gridlocked – to waiting husbands and sons. Then having to return the food containers, collect the money, and pay the drivers – most of who cannot read or write.
For over a century, bicycle couriers or the dabbawallas have been doing exactly this – ferrying food boxes around Mumbai – an approach that is fool-proof and works well as ever. So much so that young entrepreneurs look upto them for their business models and solve them for case studies.

Mumbai ka hamburger
Mumbai is one city that remains in a hurry even when it comes to food and the vada pav is aamchi Mumbai’s best gift to foodies. Made of a spicy potato filling, deep-fried in a gram flour batter and served along with hot and spicy garlic chutney, it is served inside a small ‘Laddi Pav’. In the midst of a meeting? A 10-minute break before the next lecture begins? The vada pav is your grab-on-the-go food. While there is no dearth of places that serve this king of snack food the Dhiraj Vada Pav outside MIthibai College and the Ashok Vada Pav at the Kirti College Lane are a must try.