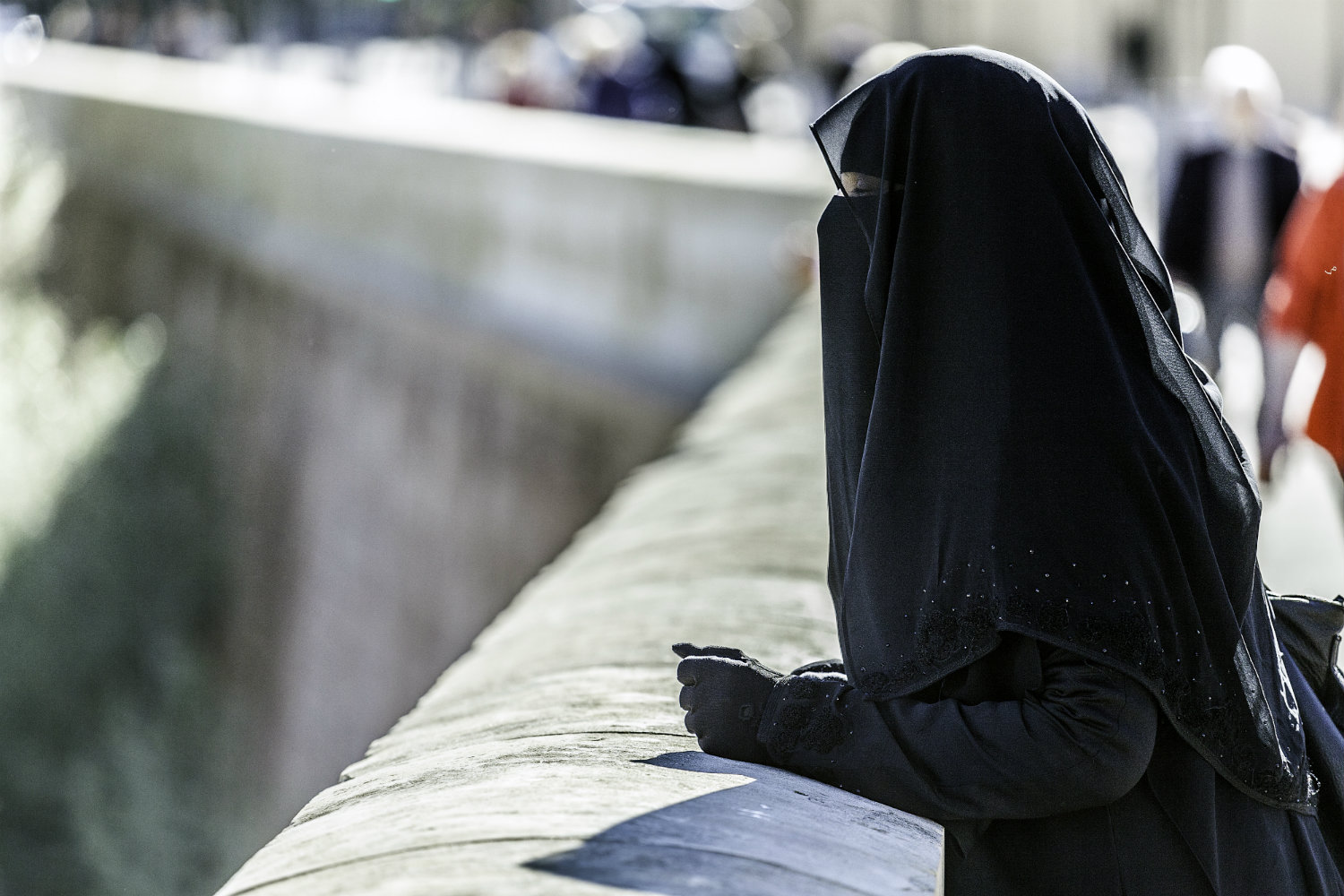 Denmark on Thursday passed a law with a 75-30 majority and 74 abstentions banning the covering of faces in public. Although it has been officially stated that the law is not targeted at any religious group and allows the wearing of turbans, Jewish skull caps, and garments for practical purposes such as shielding from cold, it has largely become known to as the Burqa Ban. The current prime minister of the country, Lars Lokke Rasmussen, had expressed his opposition to the public use of burqas and niqabs in 2011, stating that they contradicted the values of Danishness. This was the fourth attempt to pass the law in the Danish parliament and the debate has been going on since forever. A survey last year had predicted that popular opinion in the country had mobilized to support the ban and the European Court rulings in France and Belgium to legalize headscarf bans in workplaces was believed to have provided traction to the cause. The law will enter into force on August 1, and will make offenders liable to pay fines or spend up to six months in prison. 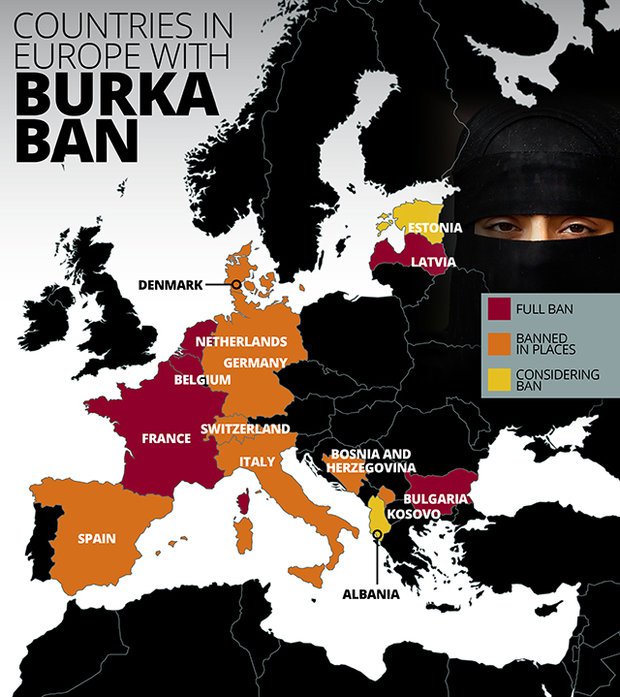 After the initial backlash the law received in the international media, several papers began to cite an old Danish study that shows that the law is going to affect at most 100-200 women in the country, as most Danish Muslim women do not wear burqa, and those that do are mostly Christian converts dissatisfied with the society. The society has never been bashful or even attempted to look good in condemning what it has deemed to be antisocial, depending on the age. It is an implicit agreement people hold that in certain things a consensus must be held for society to function, and the antisocials, the bane of society’s very existence, must be held with suspicion. In this connection, therefore, it is very important to ask the question, do numbers matter? Each person holds an infinite number of opinions connected to an infinite number of issues, changing with the passing of every second. Statistically speaking, it is very likely that all of us hold views contrary to the majority opinion in some issue or the other. The majoritarian nature of democracy itself is directed at the effort to protect the rights of the infinite number of minorities with the minimum occurrence of an error. Negative measures such as the diabolical nature of law by protecting peace by using violence are a part of that. A line, however, needs to be drawn in the sand somewhere, so that the aberration doesn’t become the norm, and modern society, in its fervor to give new characters to traditional things, doesn’t become so embroiled in friction that we all find ourselves as the victim sometimes.

Despite debates, the nature of secularism has always been muddy and contentious. Nowhere is this more apparent in the case of Denmark and other Scandinavian countries. Can states with formal arrangements with Lutheran churches and state religions be called truly secular? The picturesque peace and calm in these countries is byproducts of their homogeneity. While residents of these countries are generally very non-religious in nature when they try to forcibly make their more conservative immigrant counterparts conform to those standards, can these be called secular actions? If the conversion of religion as a mental picture is laying new colors to a page. In that perspective, forcible secularisation could be seen as the bleaching of a colorful paper. Such actions, therefore, become very hard to categorize from a secular point of view as long as one does not come out of the general fallacy of seeing atheism or non-religious beliefs as lack of, rather than a type of faith.

While countries like China or the Soviet Union have been easily classified as nonsecular in the past, the influx of immigrants into Northern and Eastern European countries is going to make for some interesting analysis in this regard in future depending on how these countries adapt to the changes thrown their way.

Debates on burqas and niqabs with a feminist angle of argumentation is nothing new. While some crusaders see it as their heaven appointed task to free Muslim women from their centuries of oppression culminating into stuffy black clothing, others, including many Muslim women, stress the importance of letting the women make the choice themselves. While it is true that socialization holds prime value over a person’s choice, the capability of the individual to take responsible choices for herself should not be overshadowed.

As the number of countries banning the burqa and another traditional religious clothing rise, sentiment against the bogeymen immigrants keeps rising astronomically. In this context, it is very important to explore the question of who conforms with whom, and there seems to be an almost tangible hemispheric divide. On one side we have the South, whose societies are fraught with overt strife that have to adopt egalitarian laws to reform themselves, and on the other side we have the North, the makers of the human conscience that enjoy the privilege of diverting attention from their backyards by the virtue of preaching from a pedestal. While the North loves to laugh at the basic flaws and gaps between the South’s dreams and reality, the so-called egalitarian values that govern the North are often only possible because of its overwhelming white-Christian demographics. The North regards its traditions- its constitutional monarchies, its churches, and other things- as the guardians of its egalitarianism and freedom and is tremendously protective of them. Its freedom, therefore, only runs skin deep and is endangered by a few conservative immigrants who flaunt their traditional ways in the face of the cosmopolitan, money-driven cities and the scenically Christian countryside.

The rapid rise of the South has played into escalating this situation rapidly. In recent times we have repeatedly heard the West’s call for immigrants to behave and conform to the values of the society they live in. While China and Japan are the duos to often get the rap for xenophobia, the inherent xenophobic tendencies of Europe itself are often overlooked. Contrary to assumptions, they are not the aftereffects of the rightist wave crashing over the whole world but trace their origin back to centuries. The very fact that a Westerner, even if they are from the famously insignificant Luxembourg, is regarded as a god in an eastern land, while an Easterner is told in stern tones to cast off their ‘offensive’ and garish ways in favour of the proper ways(depending on the country) refers to the economically and otherwise asymmetric relationship between the hemispheres. An already modernized North does not need the South save for its markets, and immigrants changing its way of life and comfortable population densities is something it definitely does not want. Thus, even if the Danish law was very careful to not hurt the sentiments of Hindu, Jewish, and other minorities, the Indian diaspora has to take heed of the symbolism evident in it.

The Elephant in the Room:

It is a very relevant, but an almost taboo topic. The said elephant in the room is terrorism and deserves almost singular credit in making Europe even more Islamophobic than it already was. European society has in most cases failed to distinguish between the modern, free-thinking Muslim diaspora living in the continent, and their counterparts living in the oppressed middle-eastern countries. This has paved the way to the widespread stigmatization of European Muslims and their regress as second class citizens in these countries- which in turn has created steep dissatisfaction among this diaspora and sympathy with jihadist causes. We can regard the terror attacks in Paris and Brussels and the subsequent legislation targeted at Muslims in those countries as almost comically action-reaction incidents.

This is an internal conflict for Europe, and it has to decide whether it wants to lead by example or continue preaching from a high pedestal. At any rate, protectionist measures will only enable the rising powers of the South to fill the roles of exemplary leaders which will only exacerbate its relative decline. The continent of Europe was the only proactive party in its interaction with the East, and even if that inadvertently brought about the rise of the East, it has to shake off its preference for give-give relations and settle for a more equitable, give and take one. It has to be willing to change and move on if it wants to survive- since after all, walls are always sure to set one a century back or two. It also has to keep in mind that moral supremacy, realist power, wealth and influence, and even nuclear capabilities do not matter in the slightest- as long as there are living people intolerant and unaccepting of others, the conflict will continue to reign supreme. 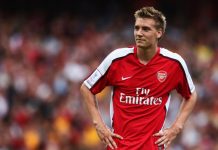