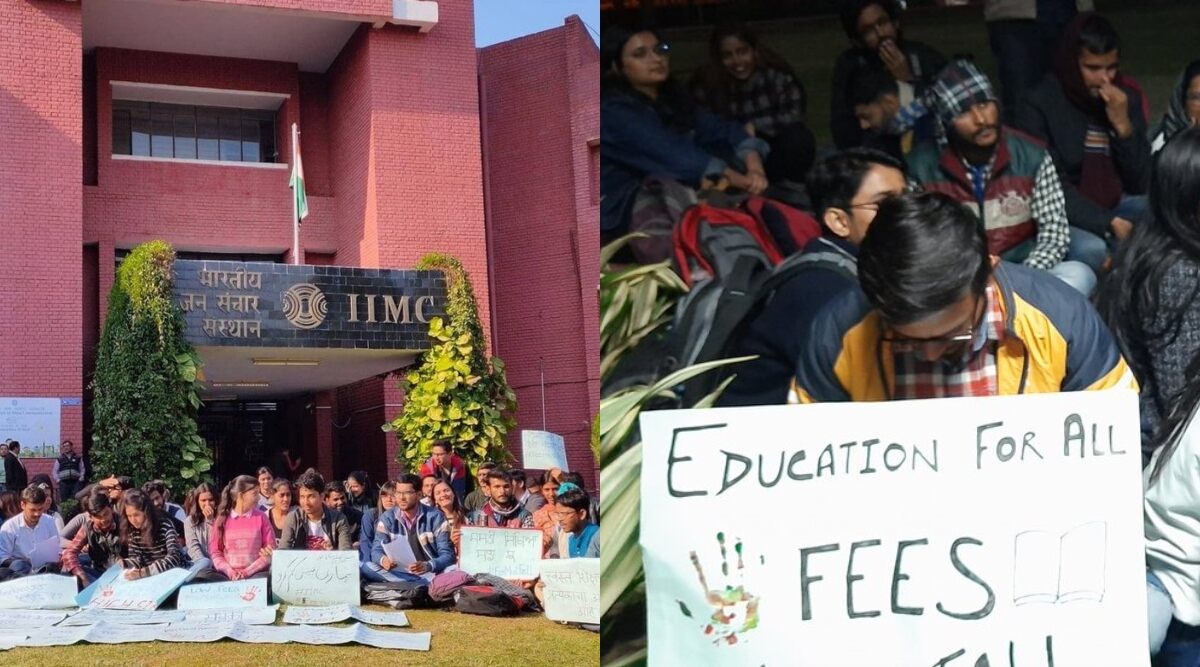 The Hostel fees hike protest of JNU (Jawaharlal Nehru University) has reached IIMC (Indian Institute of Mass Communication), where students are protesting against the increase in the tuition fees, hostel and mess charges. The protest started on Tuesday alleging that the IIMC Administration has turned ‘Blind Eye’ to their issues.

The students of Media Institute of Indian Institute of Mass Communication (IIMC) in Delhi went on a strike against the 10% hike in their course fees. But unlike JNU students protest, the hike was mentioned in the prospectus on various Post Graduate Diploma courses that took place in July.

Around 140 students signed a statement to the Director-General of IIMC saying they were forced to protest since they had not received any written certainty regarding their two main demands – Rebate in ‘arbitrary fee hike’ and hostel for all as few students were not allotted hostels. Around 30 students wrote to DG, they cannot afford the second-semester fees due to be paid on January 15.

The DG had agreed to smaller demands like a 24/7 library. Although, he has assured the students that their genuine demands will be addressed by December 15. DG has set up a committee to look into the matter.

JNU Students have been on the strike for four weeks against the hostel fees hike, which includes security, food, and accommodation.